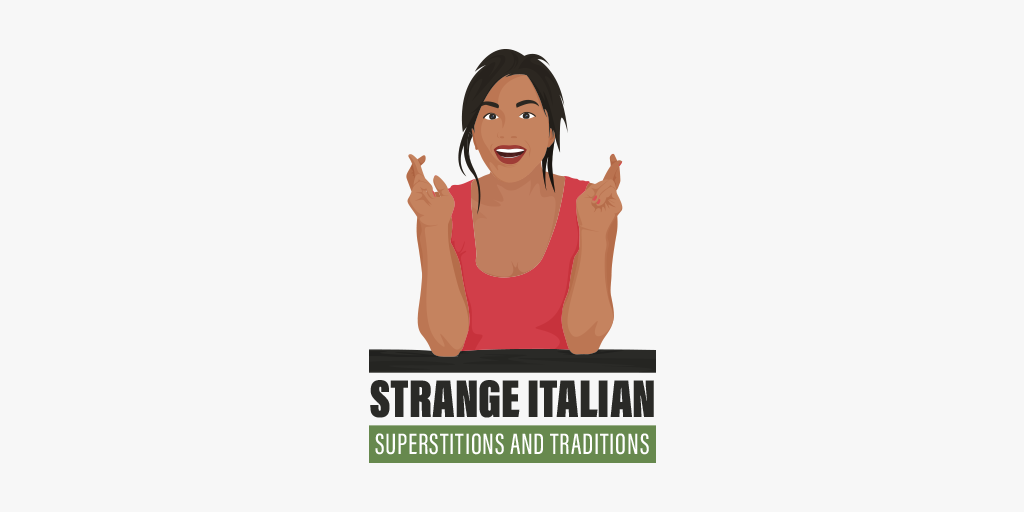 Buongiorno, and welcome back to another Italy-crazy article! What’s the best thing about exploring new cultures? Is it the delicious food? The excitement of being in a new place? The unusual sights, sounds and smells?

For us, one of the most intriguing things about travelling to a new place is the difference in culture and tradition. And Italy does not disappoint in its wacky, wonderful superstitions! From magic mice to hungry wolves, take a look at 10 of our favourite bizarre Italian superstitions and traditions.
Quick Navigation
Beware of Friday 17th
“La Befana”
“Topolino dei denti”
“Tocca ferro”
“In bocca al lupo”
Getting off on the wrong foot
Sweeping it all under the carpet
No use crying over spilled…olive oil?
Hats off!
Say cheese!
Conclusion 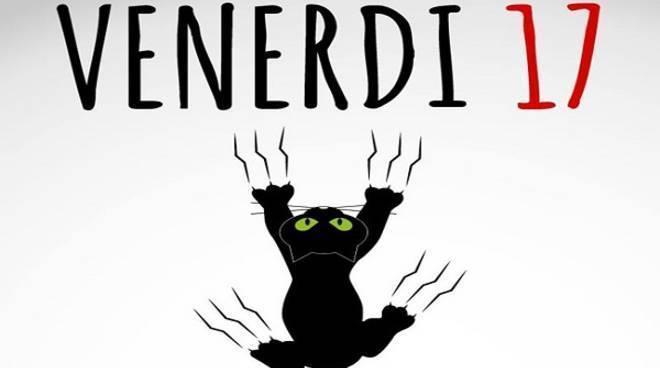 Well, not in Italy! Our Italian friends see nothing wrong with the number thirteen. In fact, they consider it to be lucky. For them, the number seventeen is something to be avoided at all costs. Any Friday that falls on the 17th day of the month, you won’t find a lot of Italians booking flights or even, in some cases, leaving their houses. But why?

Apparently, this Italian superstition is particular to any countries with Greek-Latinate origins. Some people say that, in Ancient Greece, 17 was considered unlucky because it sits between two numbers that perfectly represent the quadrilaterals of 4x4 and 3x6: 16, and 18. So, basically: maths-y stuff. Some people say that, due to illiteracy during the Medieval period, people came to mistake the Latin word for ‘death’ as the Roman numeral symbol for 17. Spooky. 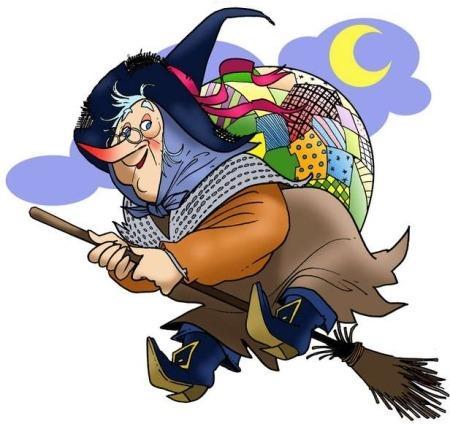 Slightly more sinister than what we could consider to be a traditional Christmas celebration is Italy’s Epifania holiday.

The ‘Befana’ herself is actually a witch/old woman who delivers presents to children around Italy the night before the Epiphany, or ‘Epifania’, which falls on 6th January. Sound familiar?

Well, this chick is essentially a post-Christmas Santa for Italians, which means that Italian kids get two sets of presents. Lucky them.

She is often pictured holding a broomstick and draped in a black shawl covered in soot.

The ‘Befana’ is also said to be a good housekeeper, and legend tells us that she will sometimes sweep the houses she visits before she leaves.

This is a religious holiday, and the woman was said to have offered directions to the three wise men to help them find Jesus’ manger.

See also: Christmas in Italy: Italian Vocabulary and Traditions for the Holiday Season 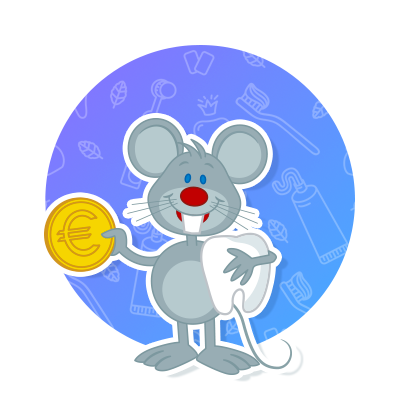 Continuing our tour of Italian figures that are similar-but-different to the ones we know in English-speaking countries, we come to the “Topolino dei denti”: Italy’s answer to the Tooth Fairy.

“Topolino” means ‘little mouse’ (fun fact: it is also the Italian name for Mickey Mouse), and he pretty much has exactly the same job as the gal we already know and love.

When a child loses their tooth, it’s a little mouse who sneaks into their room at night and takes away their tooth, leaving money under their pillow in exchange.

This character was said to have been invented in Spain towards the end of the 19th Century, when the future King Alfonso XIII was just a boy.

Because of his poor health, Alfonso would often lose his teeth. To make him feel better, his father commissioned a writer to invent a story that would keep him amused when he was taken ill.

In this story, the mouse lived in an empty biscuit tin, and used to give the children small gifts, until one day he came across a very poor child and left him some money. Sweet, right?

Over in America, or in the UK, we like to knock on wood to ward off bad luck.

Touching wood is said to stop you from ‘jinxing’ the good luck you’re already having.

In Italian superstitions and tradition, this exact same concept applies; however, instead of touching wood, they touch iron – or, if there’s no iron nearby, any metal will do. But why is this? 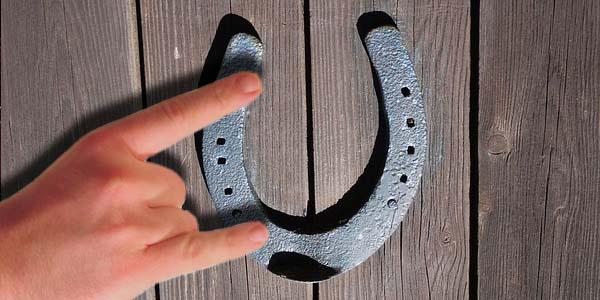 It turns out that, in Italian, to touch iron – or ‘toccare ferro’ – is actually an abbreviated saying, which originates from touching the metal armour of a knight or soldier.

This is also why horseshoes are considered as symbols of luck, even outside Italy: they’re usually welded from iron. Who knew!

This tradition is actually shared by English-speaking theatrical communities, and is kind of like the equivalent of our ‘break a leg’. Which, when you think about it, is actually pretty mean. 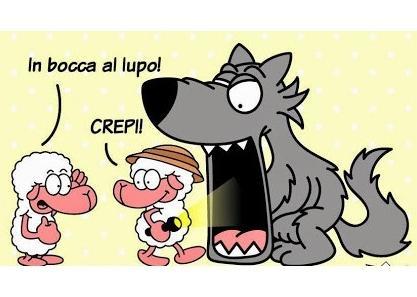 But anyway; what does ‘in bocca al lupo’ actually mean? Literally translated, the phrase means: ‘in the mouth of the wolf’.

But you can’t respond to this with a simple ‘grazie’!

The right way to respond to this slightly odd saying is with the word ‘crepi’, which literally means ‘may it die’ (as in, the wolf). This phrase is also used in everyday life throughout Italy, and isn’t only reserved for performers. So where did this all start?!

The saying originates from hunters wishing each other good luck in dangerous, life-threatening situations.

The hunters were superstitious, and believed wishing each other good luck to essentially sentence you to death. Nice.

Getting off on the wrong foot 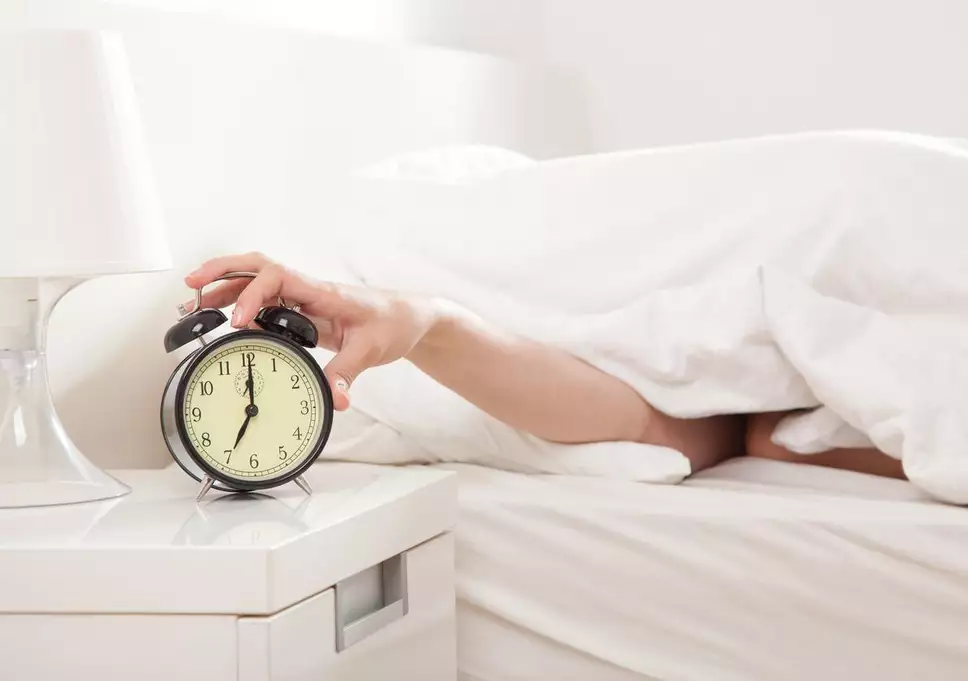 When you’re waking up in the morning, I’m sure the last thing you’re thinking of is which foot to place on the ground first as you drag yourself out of bed.

Well: to Italians, this one tiny action could make or break the rest of your day!

It’s a common Italian superstition that, in the morning, the first foot you place on the ground should be your right foot.

This means that you’re going to have good luck all day, and put you in the right mood.

The logic behind this belief is the Latinate idea that the left is associated with the devil (apologies to any lefties out there reading this!). In fact, the word for ‘left’ in Italian is ‘sinistra’, which sounds an awful lot like ‘sinister’. Oooooh.

So, waking up with your left foot on the ground will leave you feeling grumpy and grouchy for the rest of the day. Maybe that’s where I’ve been going wrong?!

Sweeping it all under the carpet 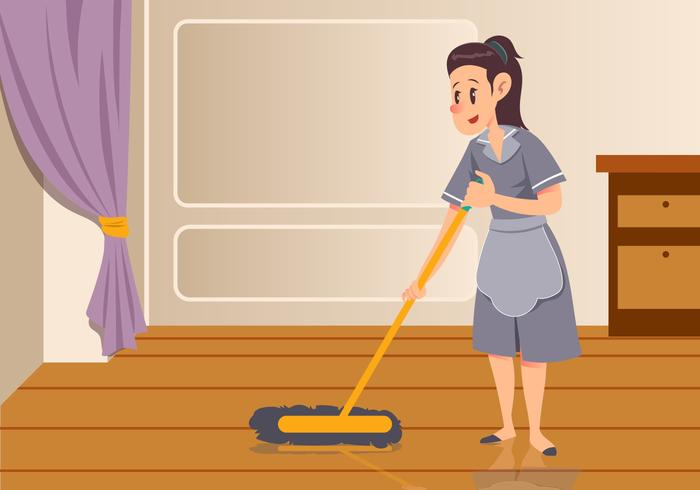 Are you single? Lonely? Have you been desperately seeking love for as long as you can remember?

We may just have the answer for you.

According to this Italian superstition, any single woman whose feet have been brushed by a broom will never find love, and especially will never get married.

So, if you’re harbouring any childhood memories of your mum or dad sweeping, and catching you with the bristles by mistake, then this could well be the reason that you’re still swiping through Tinder.

So how on Earth does this make sense? Apparently, any woman who inadvertently brushed against someone’s feet while sweeping was seen to be a bad housewife, and, therefore, unmarriageable.

Well, at least they don’t have to clean up after anyone anymore. Every cloud has a silver lining.

No use crying over spilled…olive oil? 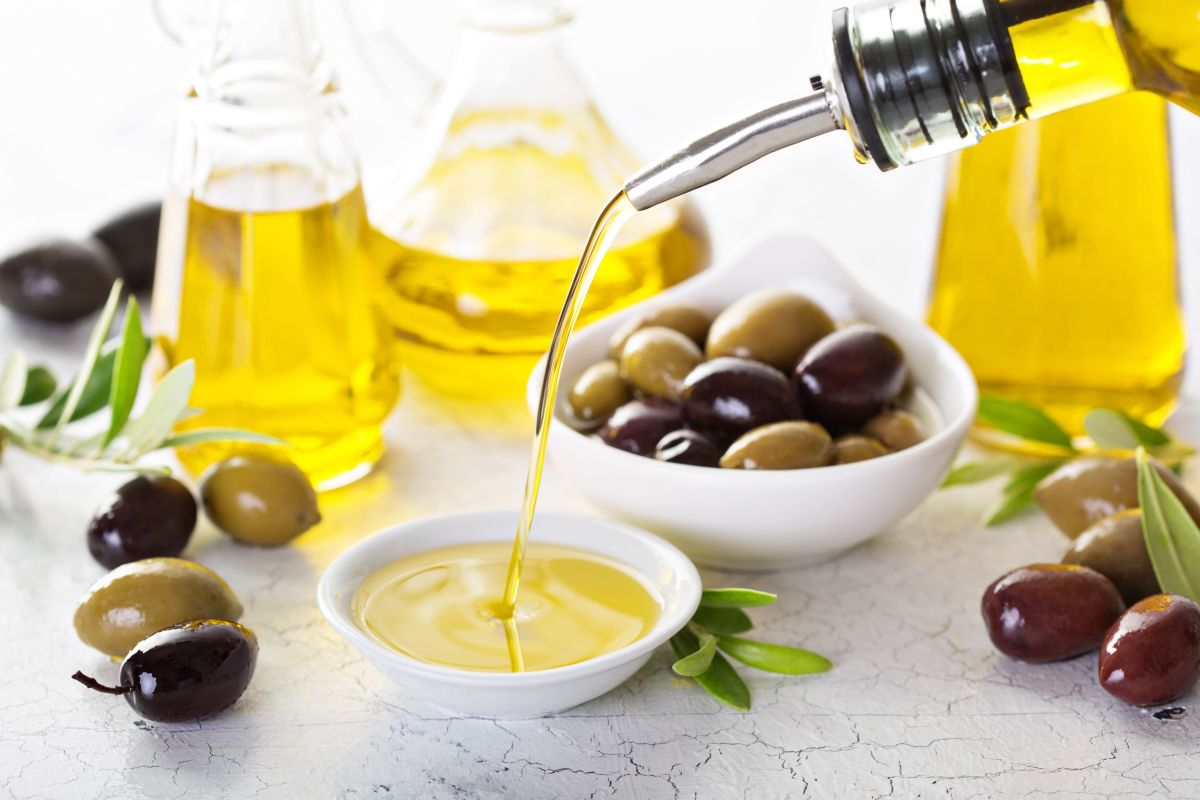 We’ve all heard of spilling salt, and the bad luck it’s said to bring. So what about if you spill something different?

Knocking anything over is never exactly seen as good luck. But, according to old Italian superstition, spilling olive oil is one of the worst things you can do.

Whilst some people say that this will bring a whole lifetime of bad luck to your family, others say it’ll only last 7 years.

To reverse your luck, you’re supposed to dab a small amount of the olive oil behind each ear. Just think of it as a delicious, pizza-y perfume. Yum.

This superstition dates back to a time when olive oil was seen as a precious, extremely valuable possession.

Dropping or spilling any meant that you were wasting quite a lot of money. So, logically, I guess it makes total sense.

And given the Italian love affair with cooking, it’s probably just as valuable today – albeit emotionally, not financially. 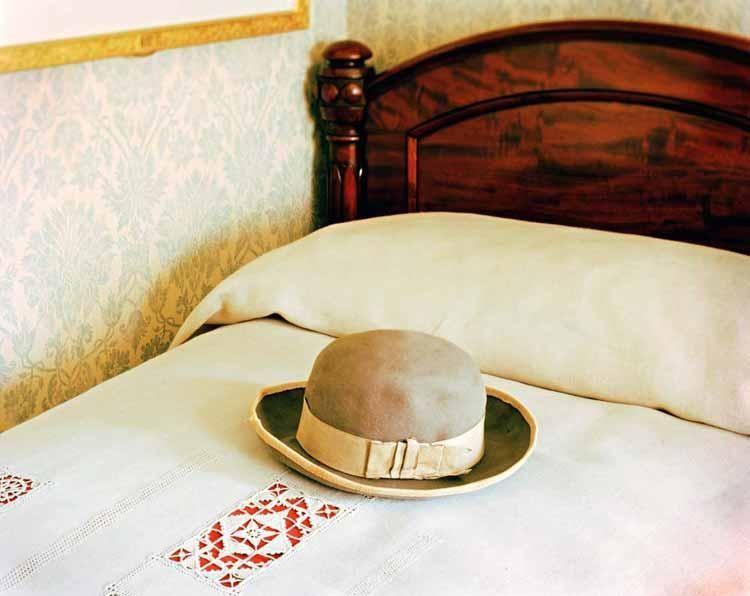 In the UK, many people believe it’s bad luck to put a pair of shoes on a table.

I guess, from a hygiene point of view, that kind of makes sense. But in Italy, leaving a hat on the bed is an absolute no-go, and – yep, you guessed it – will bring your family bad luck.

But where did this start?

Way back in the day, if a member of the family fell ill, doctors were often called in for home visits.

When these visits were particularly urgent, the doctor was said to rush into the patient’s bedroom, throwing their hat down on the bed in their haste.

Logically, the sicker the patient, the faster the doctor, and, therefore, only those on death’s door had hats sitting at the foot of their bed as they died.

Because of this, even today, it is seen to be unlucky to leave a hat lying on anyone’s bed, as it can dig up bad memories of the death of a loved one. 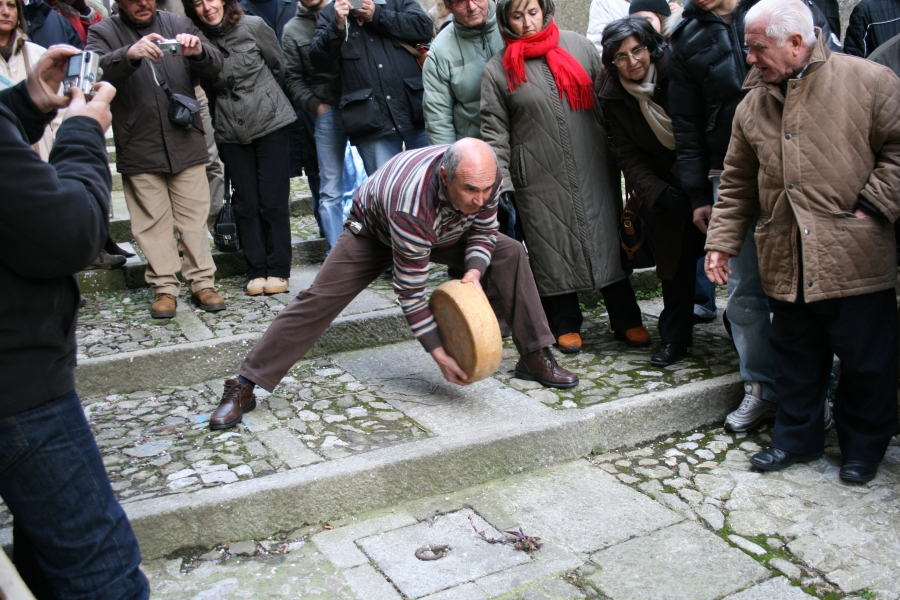 If you’re a die-hard cheese lover, then this Sicilian festival is for you. Located in the small town of Novara, Messina, the locals celebrate their produce every year in a very special way.

Famous for its Maiorchino cheese, the festival consists of rolling wheels of this cheese (only well-aged wheels can participate) down a set of stairs that snakes through the town.

The route is roughly 2km long, and 16 different teams play head-to-head to win. I don’t know what the winner’s prize is, but I’d assume some form of cheese.

Other activities during this festival include cheese tossing: who can throw different pieces of cheese (weighing between 10kg and 18kg) the furthest. I’m in.

So, there you have it. If you’re ever heading to Italy, you now know what to avoid, how to stay happy and healthy, and the best way to make sure luck follows you everywhere.

Next time you tap on a tree trunk for good luck, or talk about flying fairies giving you money in exchange for your teeth, or hold a broom next to a single girlfriend, you should give these things a second thought.

You never know whether one wrong-footed step will bring you a lifetime of bad luck!

Do you know any other Italian superstitions and traditions you might want to share? Let us know in the comments! 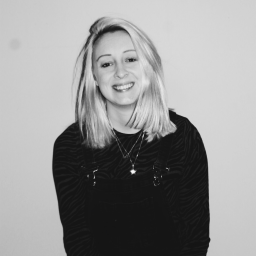