Are These 12 Italian Stereotypes Actually True? 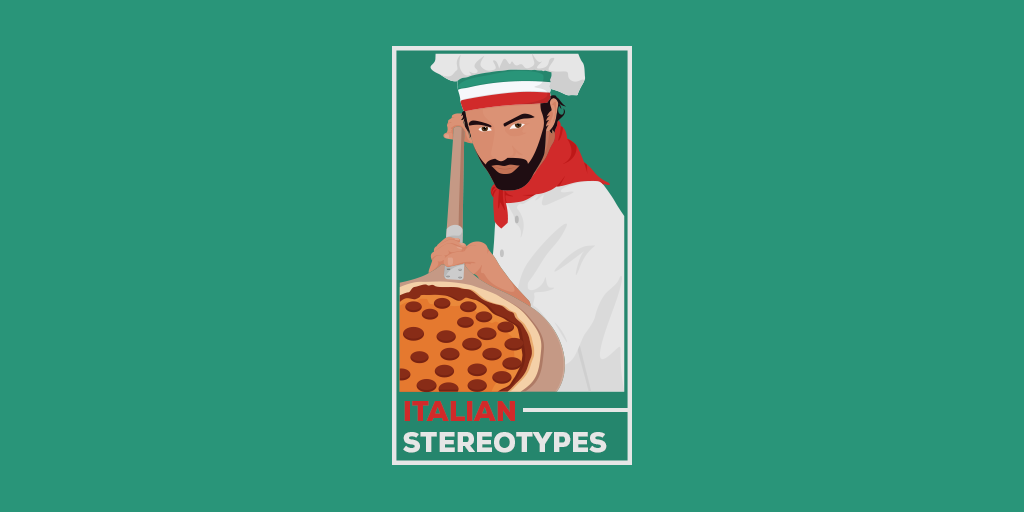 How many cups of coffee can your Italian friend drink in one hour?

Will you encounter many handsome, romantic, and passionate Italian men during your next travel to Italy?

Here in this article, let’s talk about 12 Italian common stereotypes to help you demystify Italy and satisfy your curiosity about Italian people. Explained by a real Italian native, let’s see if what you heard are actually true or not, starting with the most original to the cliche stereotypes. 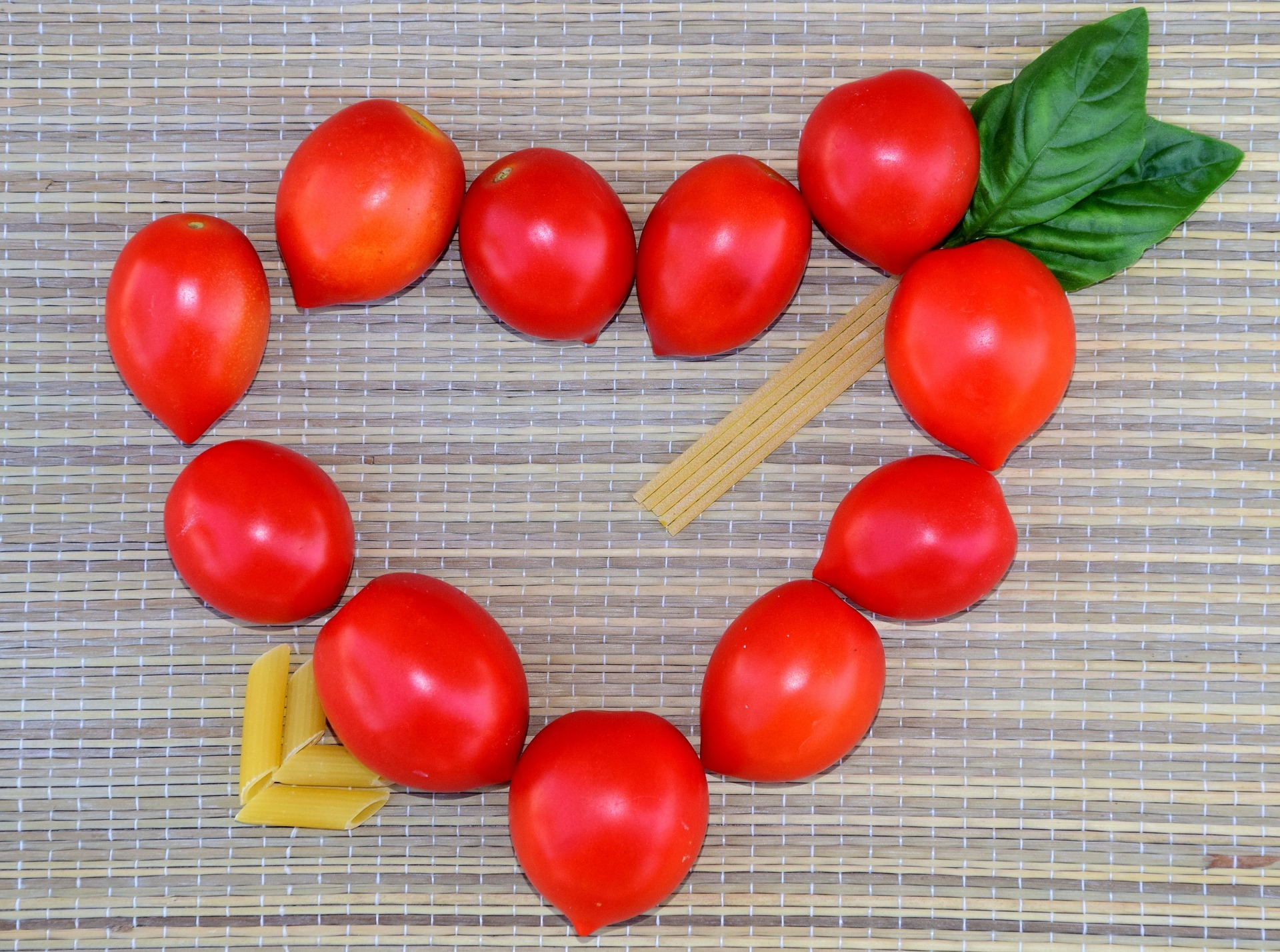 Well, this stereotype is correct. The Italians’ love for tomatoes is hardly a secret. I can personally confirm that most Italians love tomatoes. There may be some who don’t really adore tomatoes but have just gotten used to it.

We use tomatoes in most of our dishes. Pizza, pasta, insalata (salad), bruschette, zuppe (soups), and even some types of cocktails (the Bloody Mary for example) are made using tomatoes.

We generally enjoy raw tomato in salads. Tomato soups are a hit, too. Pizza or pasta slathered with tomato sauce is also delightful. And oh, we particularly enjoy bruschette with raw tomatoes, oil, and pepper!

Some might even take to eating raw tomatoes but only if they taste of tomatoes (this might sound weird, but many times vegetables have no taste at all unless it’s organic)!

But if there’s one thing that’s made of tomatoes which the Italians really hate, it’s the Bloody Mary (the cocktail, nda)!

I vividly remember drinking the Bloody Mary cocktail once because I let my friend choose a special cocktail for me to drink. I was shocked to find out that there was also barbecue sauce inside the cocktail! That particular incident left me so traumatized that whenever I smell barbecue sauce I still feel sick. True story! 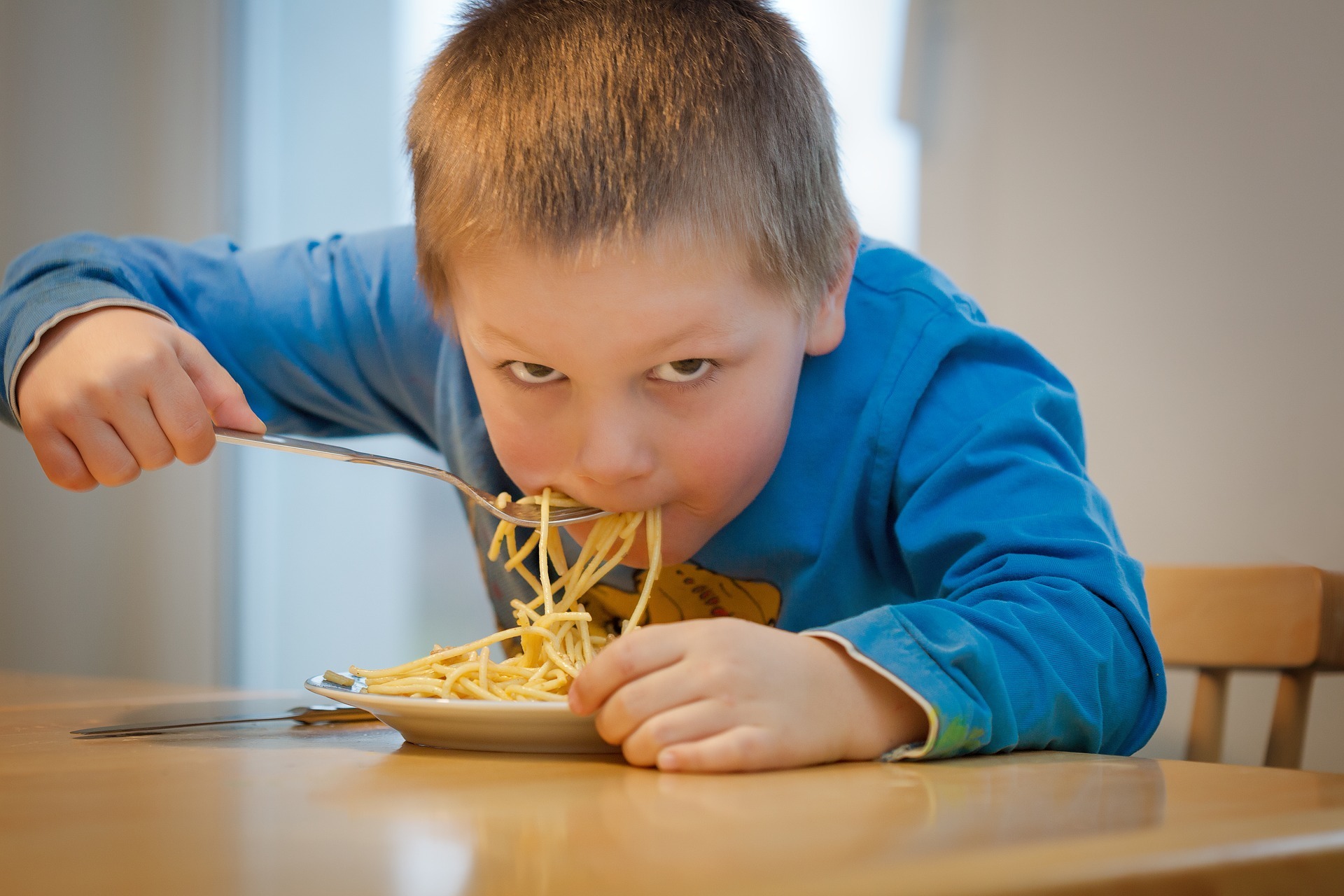 Pizza and pasta can be considered the most popular Italian food in the world, and some people are wondering if Italians eat pasta and pizza every day.

Well, about pasta, I can tell you that no Italian can ever dislike it. It would be the same if a Japanese person hated sushi, or if a Chinese guy hated hot pot. Sounds impossible, right?

Pasta is quite common that we usually eat it either every day or perhaps, five to seven times a week, whether at home or in restaurants. We are used to eating pasta mostly with tomato sauce.

What a lot of Italians might not appreciate is risotto. Since eating rice in Europe is less common than in Asia (except perhaps to Spanish with paella), we do not really need to like risotto. In fact, I only like a few types of risotto. 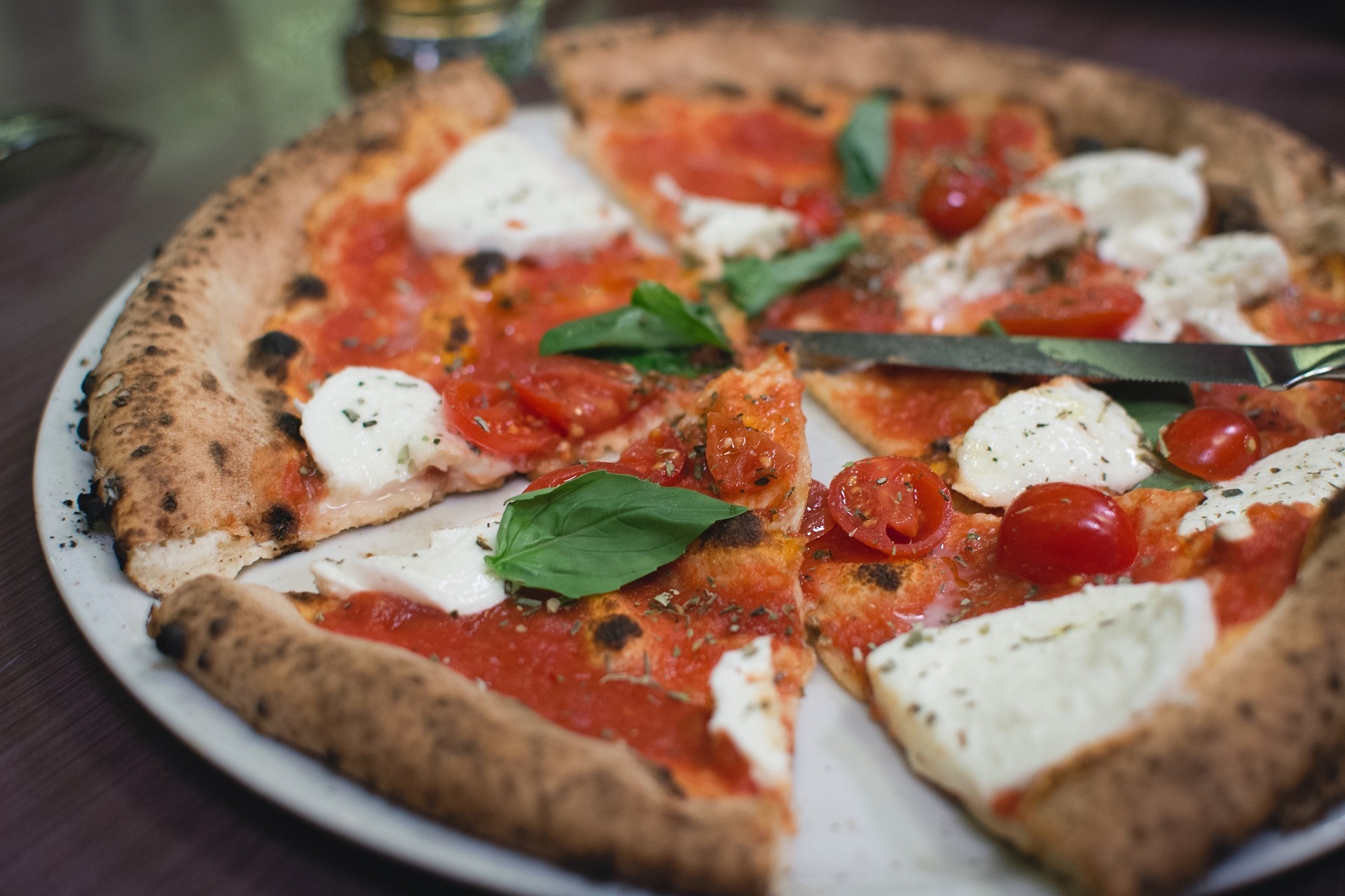 After talking about the everyday pasta, let’s move on to the case of pizza. Is the stereotype true? Do Italians eat pizza everyday?

Italians usually like to eat pizza during important events, like celebrating the birthday of a friend, going out to chat with friends, or just having dinner out with your family.

So we could probably say that we eat pizza between once a week to once a month usually.  But then there are students or workers who might want to save money or grab a quick meal by eating pizza for lunch. For them, eating pizza could be as common as eating pasta.

But some Italians care about their weight, so they might decide to eat pasta, pizza, and    bread on different days instead of all of them on the same day.

In Italy pizza can be of many types, the main two are called “pizza bianca” (without tomato sauce) or “pizza rossa” (with tomato sauce, which is the most common pizza). 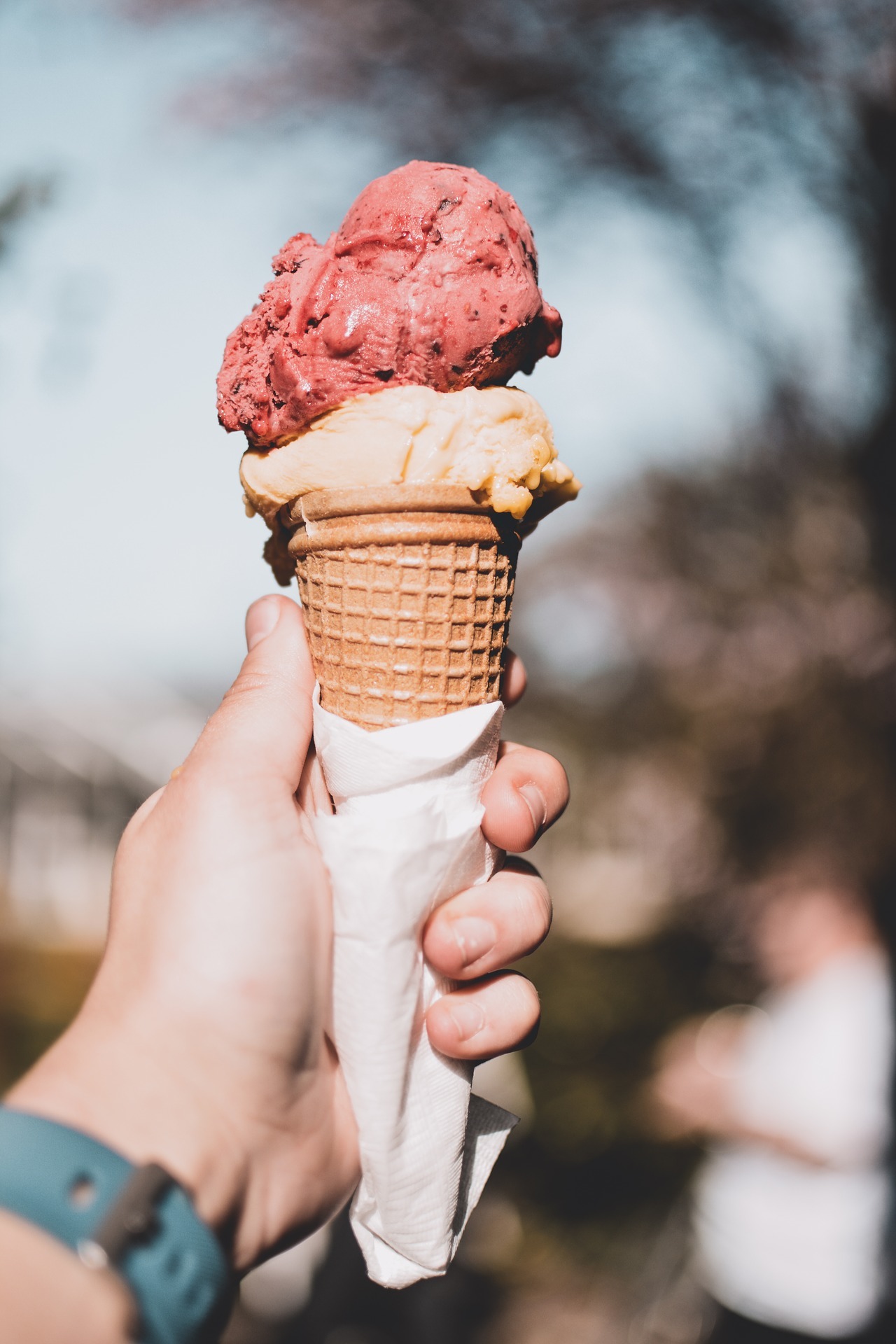 Many people might think we eat gelato every week or maybe every month.

We have a favourite season for eating ice creams which is summer or the end of spring when the temperature is so hot that it makes you crave for gelato. We usually love to enjoy gelato with our friends or with our family.

In any case, we do not eat gelato every day or as often as people may think.  We also sometimes enjoy eating ice-cream in winter, but that’s really quite rare.

Italian Stereotype #5: Italy is a land of caffè (coffee) addicts 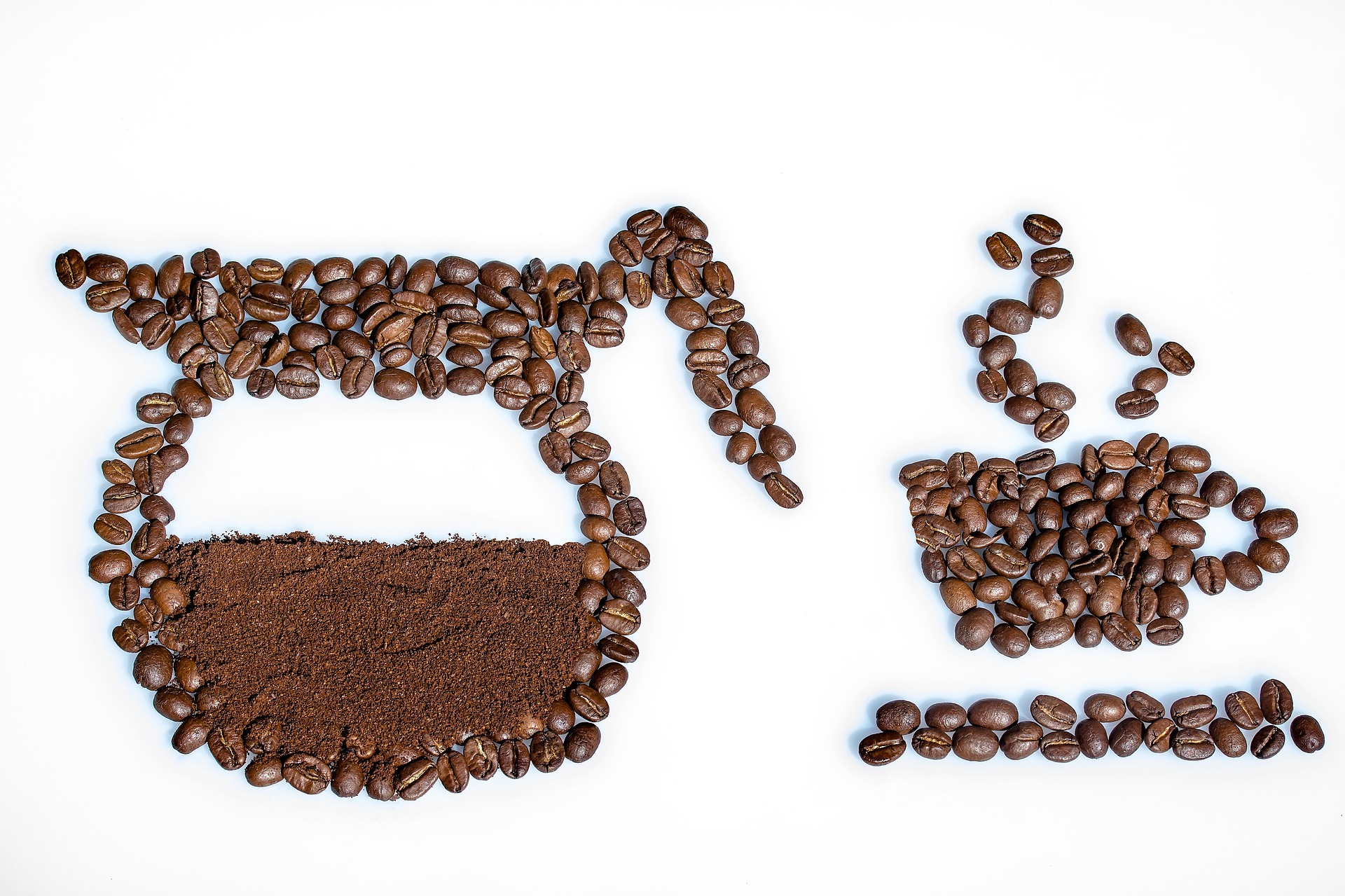 Some people are curious to know just how many cups of coffee the usual Italian person could consume.

Well, let me start by telling you a story I have heard from two different people. One person, after drinking five to seven cups of coffee within a space of a few hours (or one hour?) had to be taken to a hospital.

Another person, after five cups, started to feel like fainting: she hadn’t eaten and only had coffee all day long. Yup, you guessed it, she was also taken to a hospital.

Yet, some people can still drink five cups of coffee or even more and still feel well after. It depends on how healthy you are, or on how sensitive to caffeine you are. Personally, I am intolerant to that, and while I can safely drink tea, I cannot drink a whole cup of coffee without having eaten.

Italian Stereotype #6: The Italians are (too) talkative 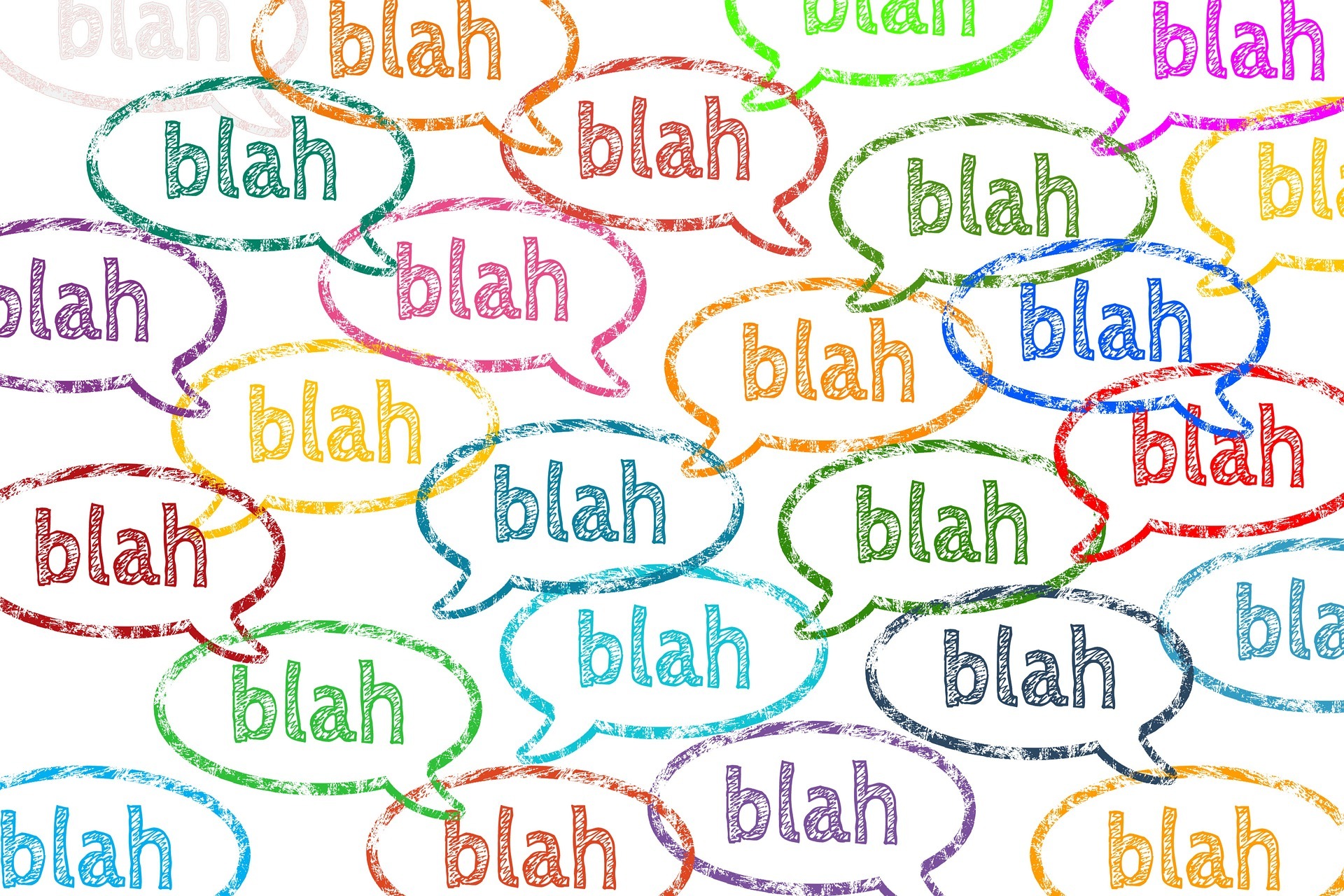 Let’s move on to the next stereotype: the over-talkative Italians.

There’s truth to this.

Italians do enjoy talking and can be quite chatty. When we meet up with friends, it’s usually to talk rather than to do some activities together! 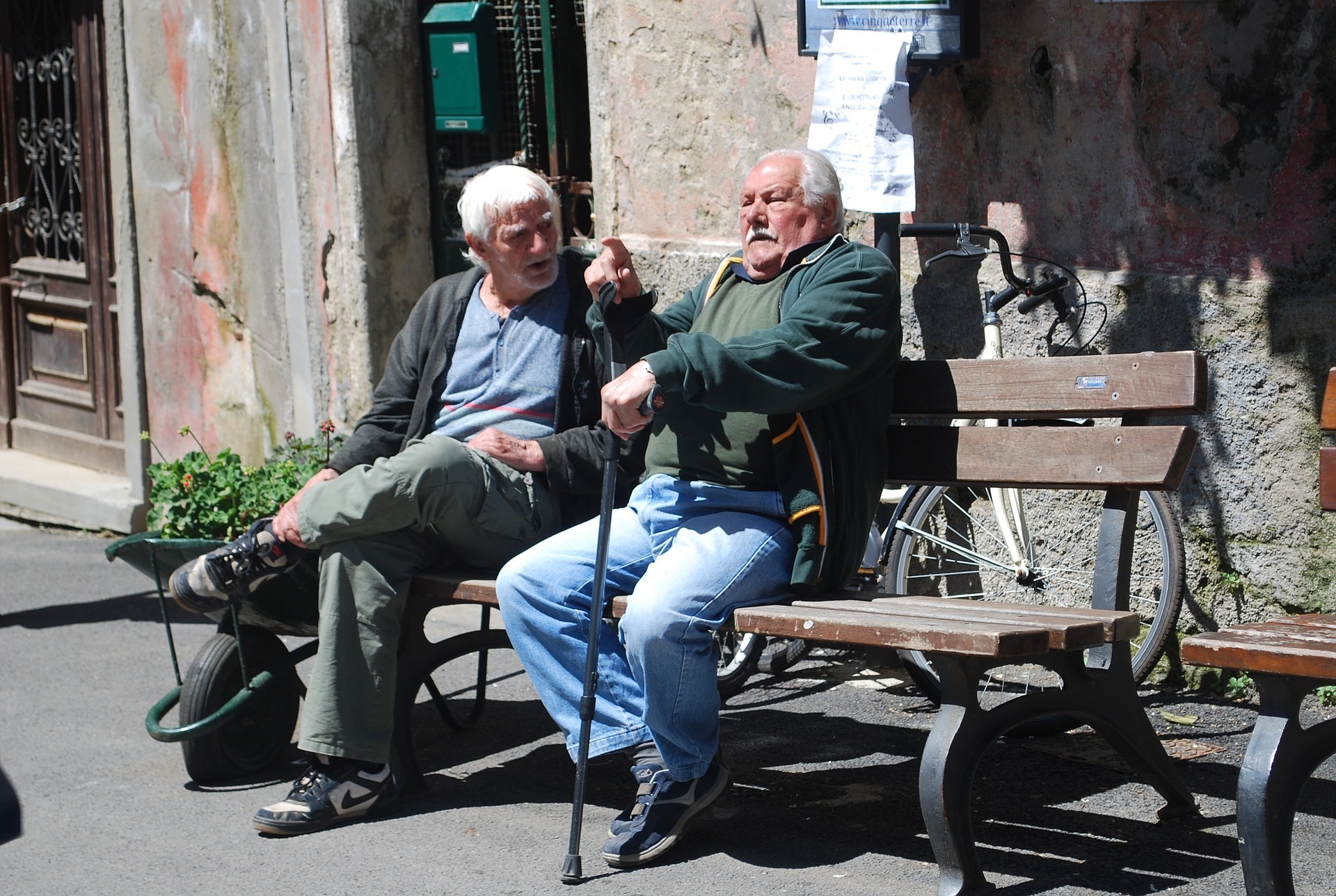 This one is true. It’s actually proven scientifically that Italy has some of the longest living people in the world. You may want to read this interesting article on Wikipedia about the Blue Zone which also talks about why people from these regions live longer:

This can be attributed not just to the diet (Mediterranean diet) but also because of social and physical factors such as no smoking, physical exercise, reduced stress, and so on. 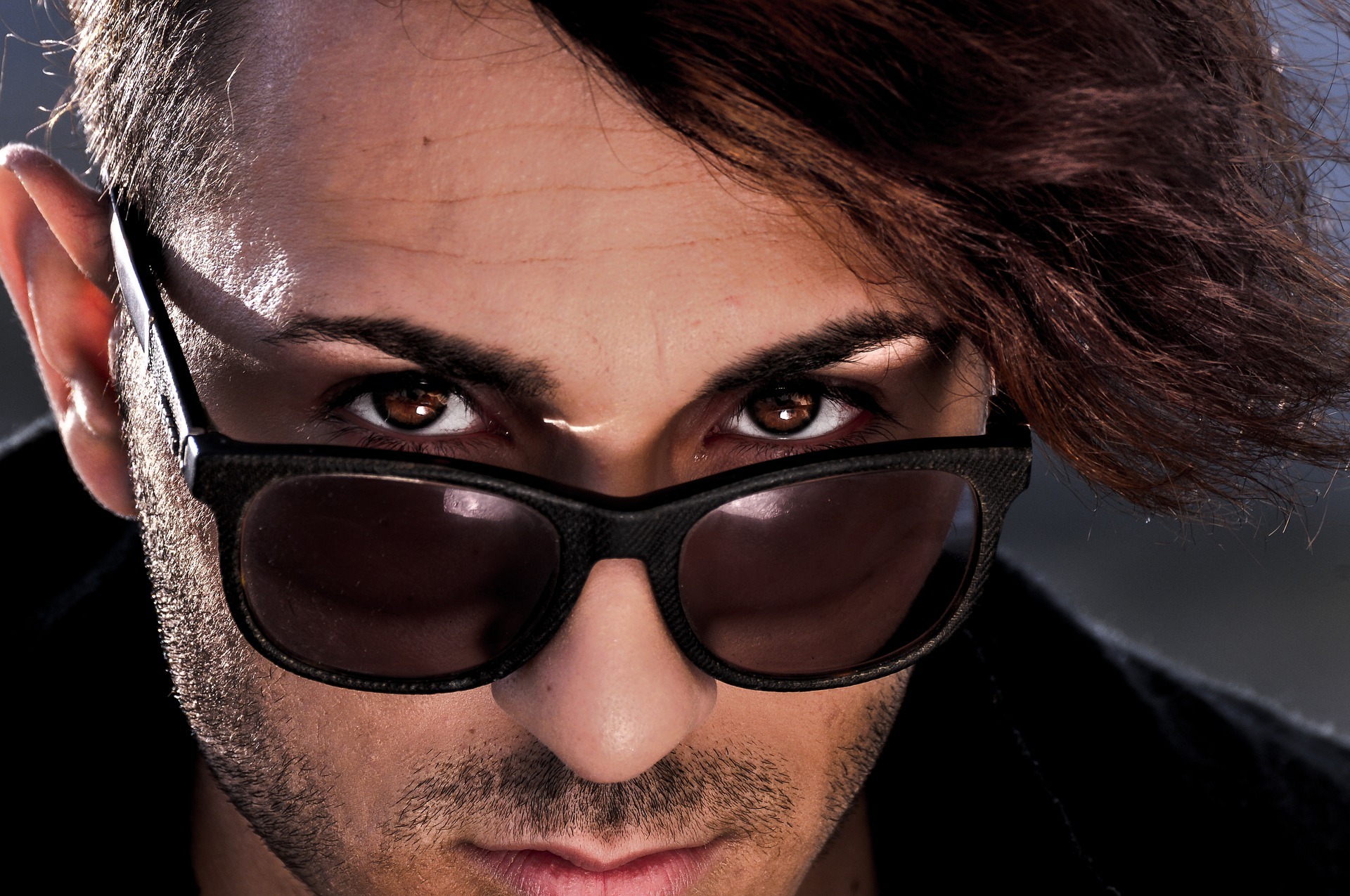 Compared to other countries which seem to gravitate towards sporty and casual clothing, Italians tend to be more elegant in our way of dressing.

Being fashionable in Italy is not just due to having many important fashion brands like Max Mara, Gucci, Versace or Armani, but mostly because good quality, fashionable clothing are quite accessible. You can always find something stylish even in relatively cheap clothing stores. 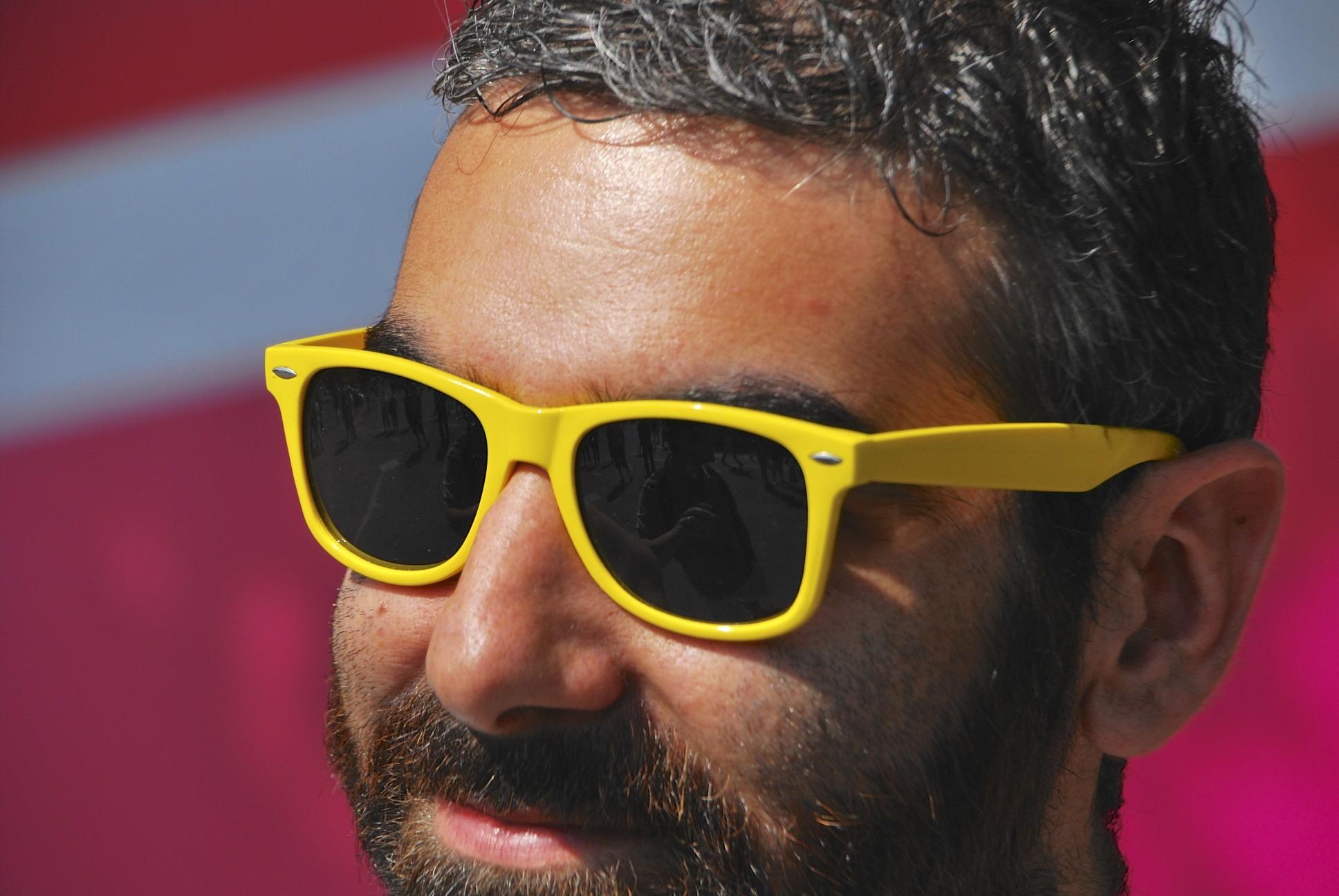 This is the first thing I heard from Asian women when I went to live in Taiwan for my academic year abroad.

I am not here to judge, but just to give a personal opinion: after seeing south-Italian guys and north-Italian ones, I slightly prefer the southern guys. Most south Italian guys tend to look more Spanish or Greek due to historical reasons. And many women prefer the Hispanic type of beauty to the cold North one.

Italian Stereotype #10: The Italians are all Christians 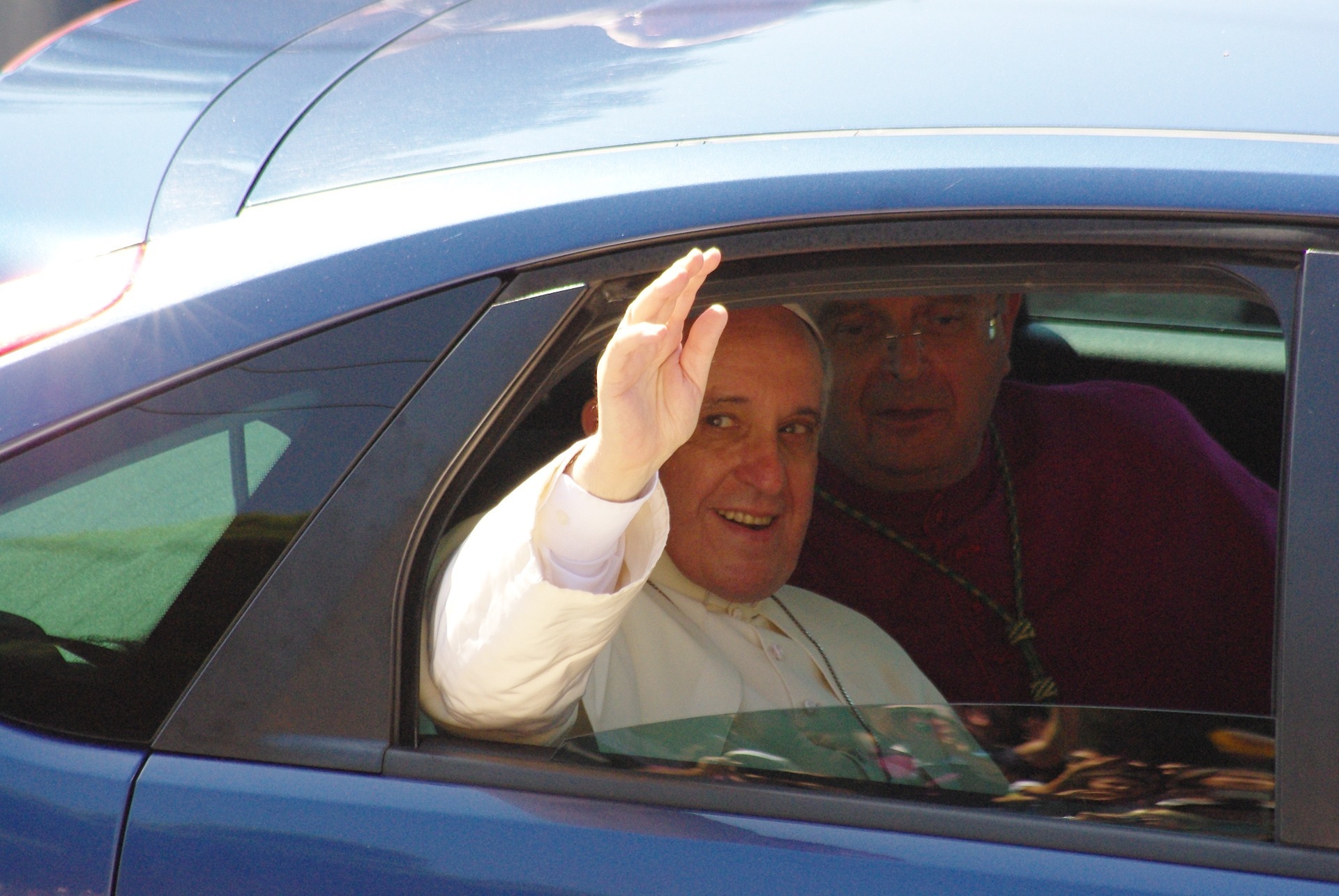 This stereotype is not true and should be debunked. In Italy, people could be Christian or atheist (like myself) or maybe agnostic or Buddhist, Muslim, and so on.

Many christians in Italy are also not that religious in the sense that they seldom go to churches.  But now that we have papa (pope) Francesco as pope, this makes even non-Christians closer to the religion. 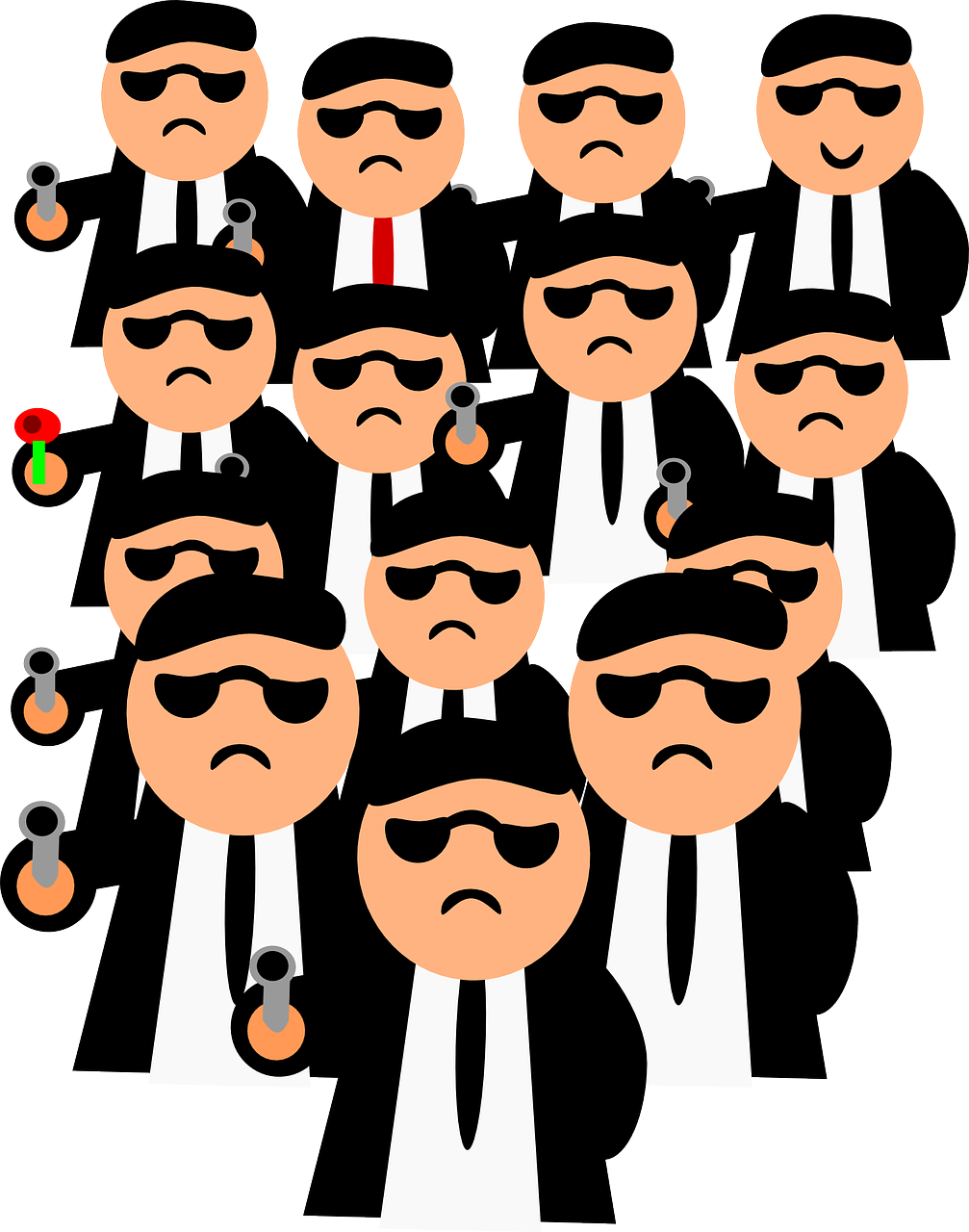 Sadly, we are all well-known abroad for our bad politicians and for the mafia.  Italian people are indeed riddled with taxes, and some Italian people may have big reasons for hating politicians, as you can see in the news.

But about the mafia, though some people say it is everywhere, you should worry only when travelling to or living in the south of Italy.

There are several famous books written about the mafia in the southern part of Italy. One is Gomorra written by Roberto Saviano, which talks about the mafia of Napoli--a fascinating read but may also give you nightmares.

Still, we hope you can enjoy travelling throughout all of Italy without any worries.

Bonus Italian Stereotype: The Italians are very romantic and passionate 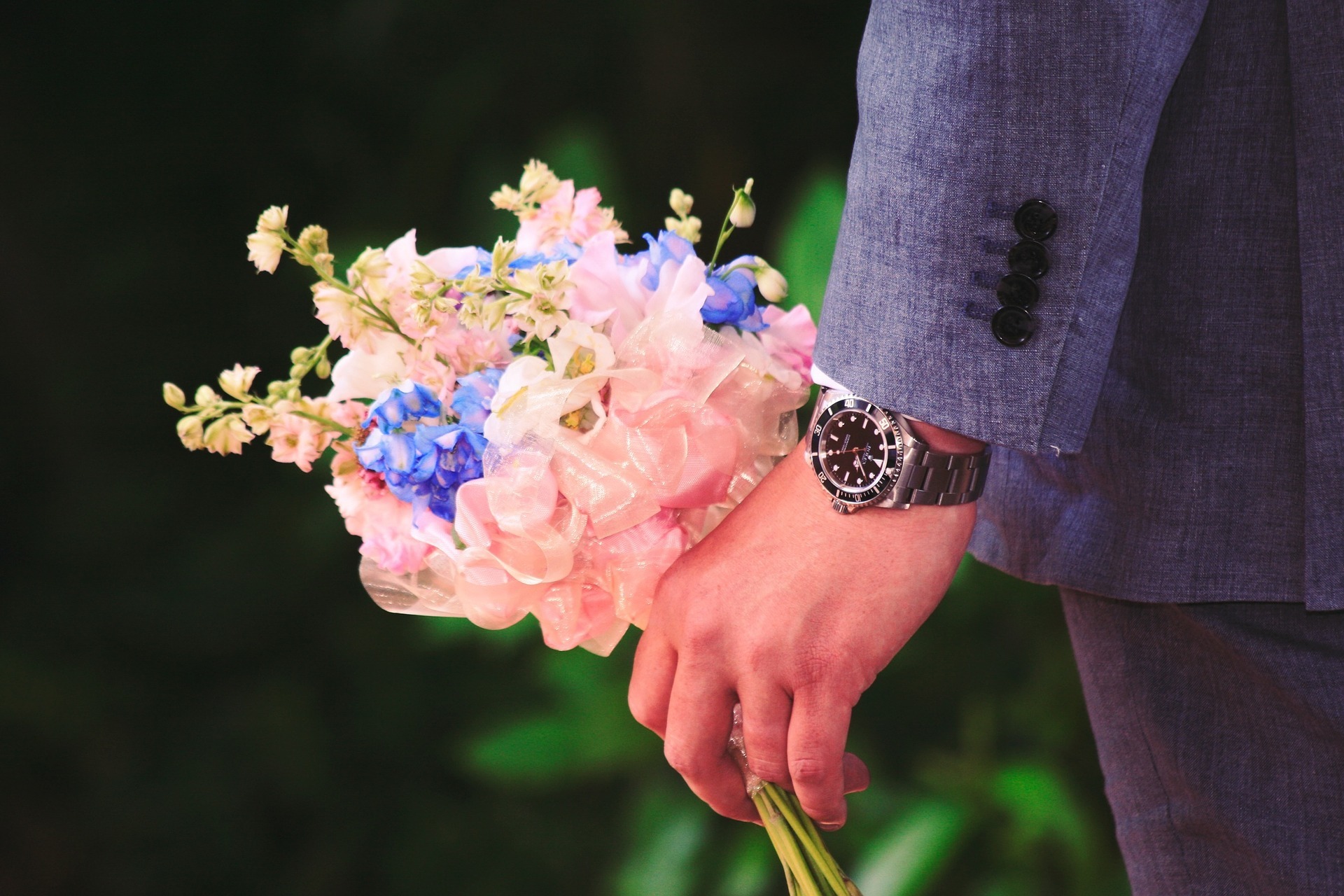 This is the second thing I heard from Asian people during my academic year abroad: Italian men are so romantic and passionate!

Personally, I think this is not true. I do not think Italian men are romantic nor particularly passionate.  Some are indeed sweet and pretty affectionate, few of them even romantic, many passionate--but this depends on the relationship.

A lot of Italian men can be cold and not as intense as, say, the Spanish perhaps.

Though there are Italian men who are super romantic, this is more of an exception and not the rule. You simply need to choose well!

What do you think of the list? Do you agree or do you have more stereotypes about the Italians and Italy to add? Let us know what you think in the comments section below.

About the Author Giada Vezzosi

Italian Music for Learners: A Playlist of the Best Italian Songs