How to Talk About the Past in Italian: A Guide to the Trapassato Prossimo

The Italian past perfect (trapassato prossimo) may sound incredibly scary at first – but there’s good news. We use it in a similar way to when you would use the past perfect in English.

In this lesson, we will show you how to use the trapassato prossimo in Italian. Once you get the hang of it, you will easily master this tense. 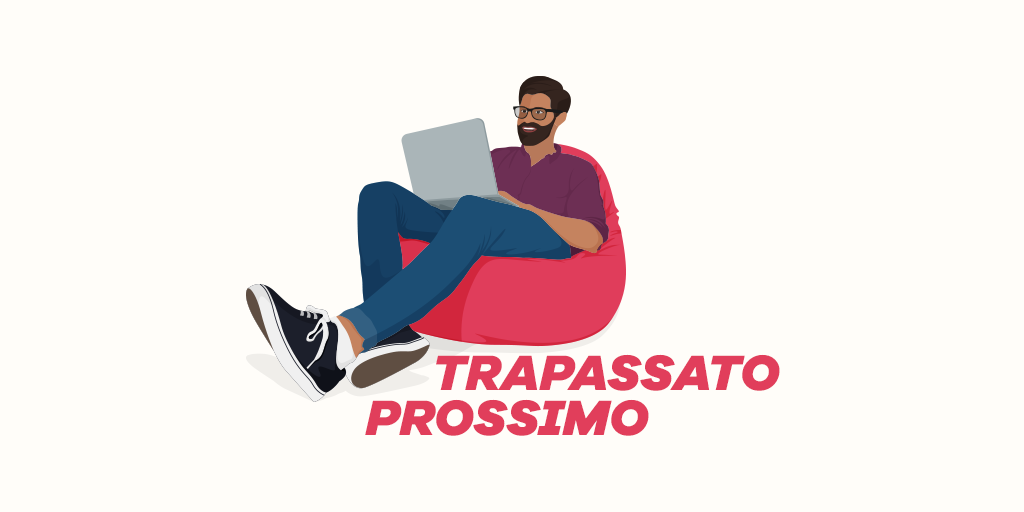 In Italian, the past perfect (trapassato prossimo), or more properly said pluperfect or plusquamperfect, is a past tense used to talk about what had happened at a point in the past.

It is used to:

Quando siamo arrivati in aeroporto, l’aereo era già decollato – When we arrived at the airport, the airplane had already taken off (the plane took off before we arrived)

Sofia quel giorno si era alzata come tutte le mattine – That day, Sofia got up/had got up just like every other morning (this looks just like a regular day in Sofia’s life, but you would expect something unusual to happen on that specific day)

How to talk about the past in Italian using the imperfetto

How to talk about the past in Italian using passato prossimo

How to construct the trapassato prossimo

As you might have noticed, the trapassato prossimo is a compound tense, which means that it is formed by more than one word.

In Italian, the trapassato prossimo, also called piuccheperfetto, is formed with:

We will be using avere (to have) and essere (to be) as auxiliary verbs like with the passato prossimo. The only difference is that we will be conjugating them in the imperfect tense. Their conjugations are as follow:

There are some irregular verbs in the past participle. We recommend committing them to memory:

That’s a complex question. The answer depends on the verb expressing the meaning of the sentence. In order to choose which helping/auxiliary verb is to be used, the same rules used in passato prossimo apply.

A transitive verb expresses an action that carries over from the subject to an object. Without a direct object to affect, transitive verbs like dire (to say), portare (to bring), leggere (to read), dimenticare (to forget) and comprare (to buy) cannot function.

As you might have noticed, the past participle is invariable when the trapassato prossimo is constructed with “avere”.

BEWARE: though intransitive, viaggiare (to travel), rispondere (to answer), vivere (to live) and dormire (to sleep) take “avere” as their auxiliary verb.

While “to have” acts as an auxiliary for a myriad of Italian verbs, there is a group of verbs that conjugate with “to be”. You often have to learn whether to use the auxiliary verb “essere” on a case-by-case basis, but there are some general guidelines that are well worth following.

You have to use the auxiliary verb “essere” with:

When you use a verb in the trapassato prossimo with “essere,” the past participle must agree with the subject of the sentence in number (singular or plural) and gender (masculine or feminine). Therefore, it can have four endings:

In Italian, the verb “essere” can be conjugated with itself as the auxiliary verb.

Here is a list of the most common verbs that form compound tenses with “essere”:

Cadere (to fall, to drop): Un albero gigantesco era caduto durante la notte – A giant tree had fallen over during the night

Diventare (to become): I Nirvana erano rapidamente diventati una delle rock band più influential mondo –  Nirvana had quickly become one of the most influential rock bands in the world

Durare (to last, to continue): Anche dopo la riconciliazione, i litigi erano continuati – Even after their reconciliation, the arguments had continued

Morire (to die): Era già morto quando è arrivata l’ambulanza – He had already died by the time the ambulance arrived

Stare (to stay, to be): Eravate già stati a Napoli prima dell’estate scorsa? – Had you already been to Naples before last summer?

Tornare (to come back, to return): Non appena eravamo tornati a casa, ha iniziato a piovere – Right after we had returned home, it started raining

Uscire (to go out, to exit): Il professore ci ha informato che Dario era uscito da scuola senza permesso – The teacher informed us that Dario had gone out of school without permission

Venire (to come): Era mezzanotte quando gli agenti erano venuti a bussare alla nostra porta – It was midnight when the officers had come to knock at our door

As we mentioned earlier, we use the trapassato prossimo whenever we want to talk about something that happened before something else in the past.

How to translate the trapassato prossimo into English

The trapassato prossimo is the natural equivalent of the past perfect in English and is mostly used for the same purposes. In this rare case, the similarity in the way the two tenses are used in Italian and English is striking.

Quando ho sentito il telefono squillare ero già uscita di casa – When I heard the phone ringing, I had already got out of the house

The actions expressed by the trapassato prossimo and past perfect had finished before another event took place in the past.

Prima di trasferirti a Milano avevi già studiato l’italiano? – Had you already studied Italian before you moved to Milan?

In the last example you might well say “was” instead of “had been” in English, but note that Italian is more steadfast in its use of the trapassato prossimo in past-before-the-past situations.

Dopo solo due ore, avevamo già finito gli argomenti di conversazione – After just a couple of hours, we had already run out of things to say

Quando Vincenzo iniziò a parlare, avevo già capito cosa aveva in mente – When Vincenzo started talking, I had already understood what he had in mind

Avevamo deciso di andare a fare una passeggiata al parco, ma poi ha cominciato a piovere – We had decided to go for a walk in the park, but then it started raining

Practice as much as you can until you get the hang of it. A presto!