How to Talk About the Past in Italian: A Guide to the Passato Prossimo

Passato prossimo, imperfetto, passato remoto… Unlike in English, there are many different past tenses in Italian and the difference between them can be tricky. The passato prossimo is the main tense used in Italian to describe an action which has been completed in the near past.

In this lesson, we will show you how to use it and will give you some tips to help you with the use of these three past tenses. 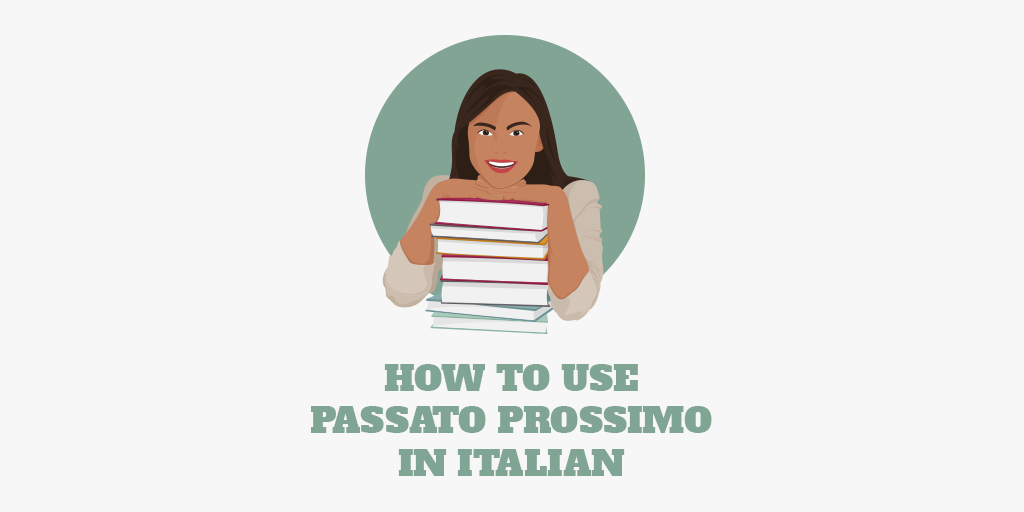 As mentioned previously, the passato prossimo refers to something that happened in the past. It is used in the following situations:

The closeness of a past action to the present can be either based on time or on feelings.

How to form the passato prossimo

As you might have noticed, the passato prossimo is a compound tense, which means that it has more than one word in its construction.

The passato prossimo is formed by using two verbs:

To make the past participle of regular verbs you just have to take off the infinitive ending -are, -ere or -ire and add the correct ending. Just follow this simple rule:

Does the verb you want to use need the auxiliary verb to be or to have? The majority of verbs take “avere” as their auxiliary verb.

You have to use “essere” with:

Here are some things to remember:

Here is a list of verbs ﻿that ﻿take “essere” as their auxiliary verb:

Andare: Dove sei andato stamattina? Sono andato in banca – Where did you go this morning? I went to the bank

When to use the imperfect tense instead of the passato prossimo?

It may be difficult to correctly choose between the passato prossimo and the imperfect tense (imperfetto) when you try and talk about the past in Italian. Here are some tips which we hope will help you with the use of these two tenses.

In other words, I didn’t keep on going to Treviso or Tuscany. I went and the event was concluded. If you are describing events that happened regularly in the past, then you have to use the imperfetto, which corresponds to “used to…”.

If you want to talk about events that happened repeatedly in the past or describe something that happened over a period of time, like, for instance, going to your Italian lesson every Wednesday, you will need to use the imperfetto.

When describing the way a place, person or thing was, you use the imperfetto in Italian.

If you are describing something in the past that happened at the same time as something else, then you use both. The imperfetto is used to describe an action that was taking place when something else happened.

What’s the difference between passato remoto and passato prossimo?

We use the passato prossimo to talk about something that still has an impact on the present.

We know that passato prossimo is not so easy to understand. In English, you do not distinguish at all between a remote or recent past event, because there is no separate past tense.

Remember that English and Italian have different tense forms and most of the time you can’t make an exact correspondence between Italian and English tenses. The choice of an English tense to translate Italian depends more on conveying the meaning than trying to use a corresponding tense form.

BEWARE: the Italian passato prossimo is used to translate both the English present perfect and the simple past, and many students find it hard to understand when to use it. The best way for English speakers to understand this tense is to be found in the action described by the main verb. It is an action that has been completed/finished/concluded in the recent past.

Practice as much as you can until you get the hang of it. Till next time!