Numbers in Italian: Everything You Need to Know 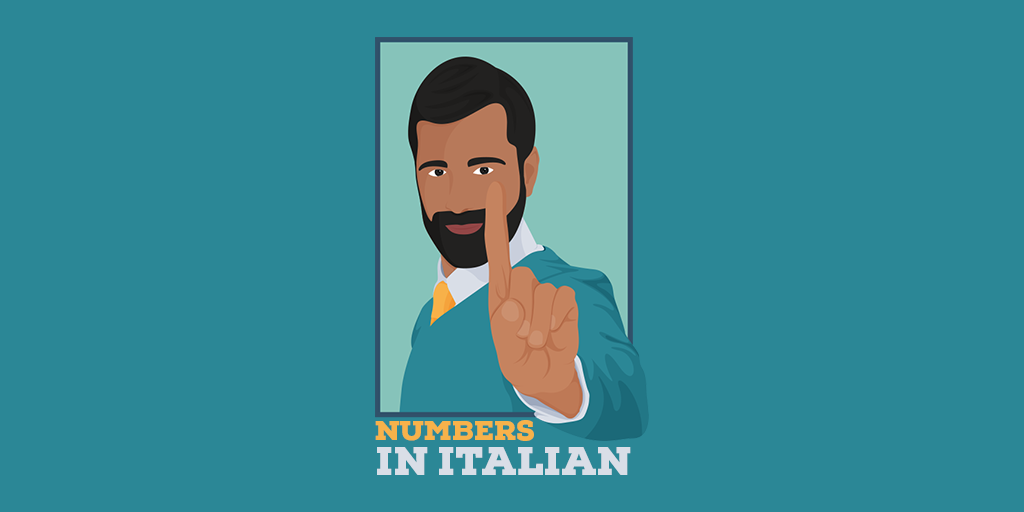 Welcome back to another one of our Italian lessons! Today we’re looking at something that seems so simple, but is actually one of the most important aspects of learning a language: nailing your numbers. Whether you’re counting to ten, asking for the time or writing the date, we’ve got you covered!

Learning your numbers in Italian really is as easy as 1, 2, 3. Luckily, the system is simple, regular and easy to follow. Don’t worry: after you’ve read our top tips, you’ll be counting in your sleep.

It may seem simple, but memorising these numbers will give you a perfect starting point to help with all your number-related problems. Something as easy as paying in a shop or booking a table at a restaurant will require knowledge of these numbers – and that’s where we come in.

We’re going to break it down into chunks for you, AND give you the correct pronunciation.

Let’s start at the beginning. As Julie Andrews will tell us, it’s a very good place to start.

That’s all there is to it! Practice counting to ten over and over again and before long, you’ll start to get the hang of it. 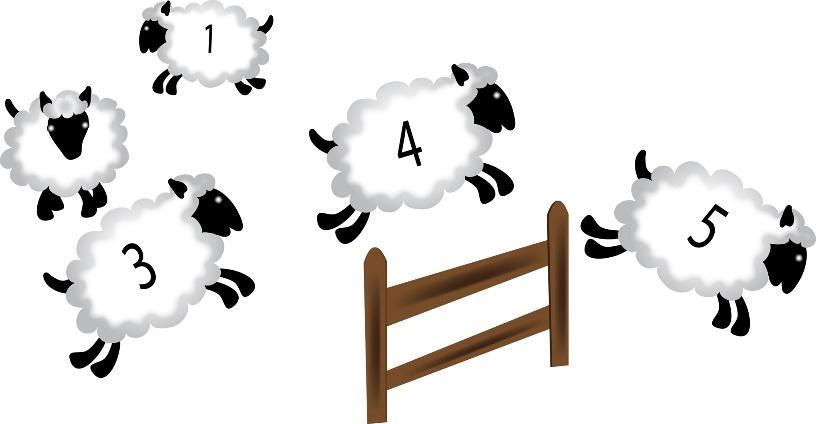 Unfortunately, once we hit ten, the regular pattern starts to go a little out the window. The good news, though, is that after 20, we’re all regular again. Phew! Read on to find out how to structure the ‘teens.

An easy(ish) way to remember this is that: after 16, the ‘dici’ part flips over to the front of the word. The spelling, unfortunately, you have to remember for yourself.

We’re now going to take a look at the way to structure numbers from 20 – 99. Thankfully, this follows a pretty clear pattern, which means that you won’t have to memorise nearly 100 numbers. Woo-hoo!

Let’s take the twenties as an example (because everyone knows that your twenties are the best years of your life).

As you can see, the structure is really simple:

And this pattern is followed the whole way leading up to 100.

So, using the same formula as above, you can work out any number between 20 and 99 that you could ever need! For example:

Now that you’ve mastered the simple numbers that lead up to 100, it’s time to come to terms with those pesky big numbers. Even in your own language, these can seem overwhelming, but we’re here to help you get fully equipped with anything larger than 100.

These are super simple. Once you remember the word for 100, this is your golden ticket to all the ‘hundreds’. This magical word is:

To put it bluntly, just shove a number between 2 and 9 in front of this and hey presto! That’s your number. Here’s a table to help you remember (and show you the pronunciation):

When you’re looking for a specific number between 100 and 1000, it works pretty similarly to the way we would speak in English. HOWEVER, while we would say, for example:

The Italian construction is even simpler, where they drop the ‘and’. So this would become, literally translated:

And it works this way for any of these numbers.

Before moving onto describing the thousands (which work in a similar way to the hundreds), I want to tell you about DECIMAL PLACES.

This probably sounds like something that wouldn’t make a big difference. HOWEVER, the use of commas and decimal places is totally different between English and Italian, and can sometimes cause a lot of confusion. A good example can be found in CURRENCY.

To anyone in the English-speaking world, this looks normal (albeit expensive). BUT, what you have to remember in Italian (and in many other European countries), the commas and the full stops are SWAPPED. So the above figure, if written in Euros, would become:

And this is identical also for normal numbers (i.e. not currency-related). The decimal place is actually a decimal comma. Confusing, we know.

All that aside, let’s talk about the THOUSANDS.

The structure of the thousands is actually pretty similar to the hundreds, but this time our key word is:

Which obviously means ‘thousand/one thousand’. BUT as soon as we move past ‘one thousand’, mille becomes mila. Don’t ask us why.

Let’s look at the pattern in one of our trusty tables: 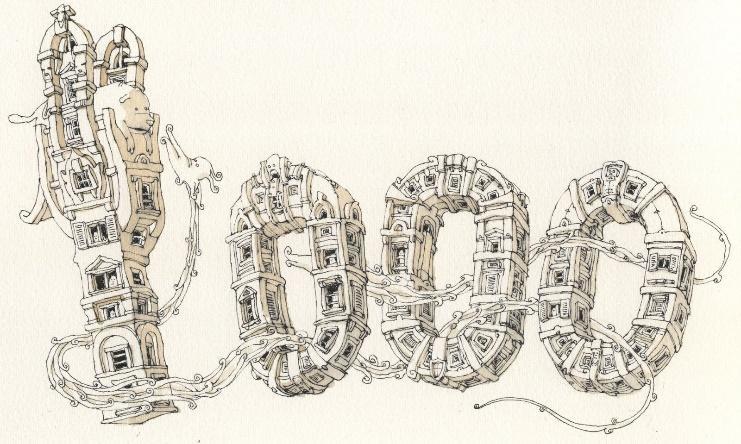 Q: how do we construct a number between 1,000 and 10,000? A: by using the same method as we’ve already seen with the hundreds. Have a look at this example:

One thousand, seven hundred and twenty-six

In Italian, by dropping the ‘and’ again, we can easily construct any number within this bracket.

And it really is that simple! Once you get the hang of the patterns, you’ll find that Italian numbers are a piece of cake.

‘What on Earth are those?’ we hear you ask. Ordinal Numbers is just a fancy name for saying 1st, 2nd, 3rd, 4th and so on. Luckily, Italian ordinal numbers are actually much more regular than their English counterparts, and after ‘10th’ all use the same ending. Yay!

Let’s take a look at the first 10 numbers.

Once you’ve memorised these, the rest is a doddle. Here’s how you structure any other ordinal number:

Here are some examples for you: 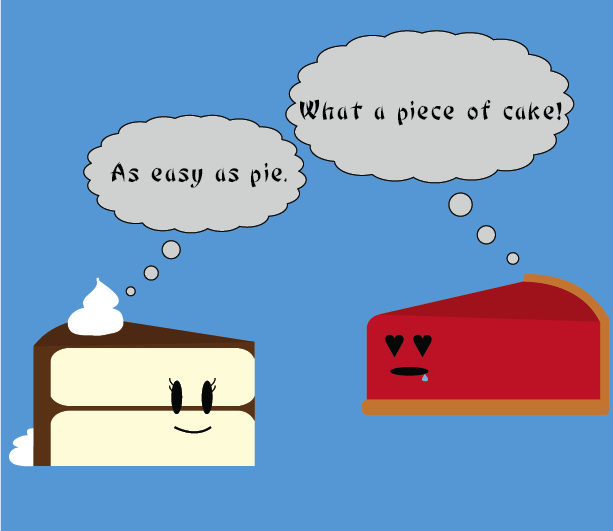 Writing the date in different languages is something that sounds simple – and, for the most part, is. But there are a few little details and differences to bear in mind that will really have you speaking like a native. Here’s an example of the date to highlight these key variations.

The first thing to note when writing the date in Italian is that they DO NOT USE ORDINAL NUMBERS. So this actually makes it quite a lot easier than English, and is also the same when you are speaking the date aloud. Instead of the FOURTH of April, today is actually the FOUR of April.

Secondly, neither the day of the week nor the month are capitalised – EVER. This goes for every time these words are used in any context (unless, obviously, they’re at the beginning of a sentence).

Now for something that a lot of people struggle with: the year. Again, this is much easier in Italian than in English. Taking the year 1972, we can explain to you the differences between the Italian way of expressing this aloud, and the English way. In English, we would split the date into two separate numbers, and say this date as:

But in Italian, we would take this at face value: i.e., treat it as one whole number. We would therefore say (as we learned earlier on in this guide):

(One thousand, nine hundred and seventy-two)

And this is the same for any year or date.

While we’ve got you thinking about numbers, we’re going to talk you through how to express the time in Italian – which, again, has a few subtle differences from the English way of telling the time. 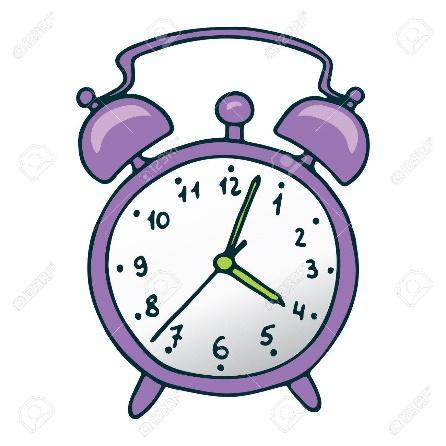 The simplest way to talk about the time in Italian is pretty much exactly the same as in English. 15:25 in English would be:

Whereas, in Italian, you would simply say:

When you’re feeling a little more old-school, and want to go analogue instead of digital, take a look at the following table:

REMEMBER: time in Italian is always plural. So instead of saying:

EXCEPT when it is: one ‘o’ clock, midday or midnight.

So that was our inclusive list of all things numerous. Hopefully now, when someone asks you for the date, time and number of cats you own, you’ll be able to answer them seamlessly. While a lot of this requires a good memory and determination, you’ll find that the regular patterns will help you as you’re learning to count, tell time and write the date in Italian.

We’ll have you sounding like a local in no time.

But until then, arrivederci!

About the Author Abigail Prowse