How to Describe a Person in Italian 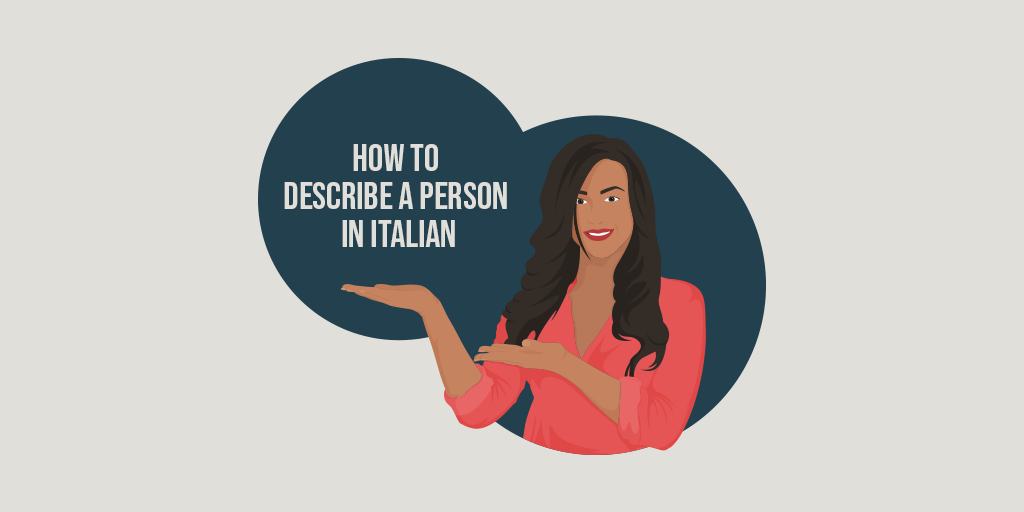 Buongiorno to all our readers! Today, we’ll be talking about how to describe a person in Italian. People’s differences are something to celebrate – but it does make our lives a little more difficult when learning a foreign language!

From physical appearance and personality traits to professions and nationalities, we’ve got you covered. Being able to describe somebody will always come in handy!

What if you suddenly find yourself at a police line-up in Italy? How will you tell them that they should’ve arrested the tall, slim man with long blond hair, instead of the short, fat man with glasses and a beard? The answer: by reading on this guide on how to describe a person in Italian. You never know: one day, it could save your life…
Quick Navigation
Sentence Construction
How to describe a person in Italian: Physical appearance
Body shape and build
Hair colours and hairstyles
Eyes and eye colour
Details and Extras
Personality Traits
Jobs and Professions
Nationalities in Italian
Real-life Examples
Conclusion

So you want to describe someone in Italian. Where on Earth do you start? Luckily, the grammar in this is pretty simple.

When describing a person, you would usually use the present tense. Otherwise it would imply that said person is no longer fat/bald/blonde/mean/funny. For today, we’re just going to look at the way people are right now.

When talking about physical appearance or personality traits, we would simply use our present-tense forms of ESSERE (to be):

Although, as we already know, you don’t have to use the subject in Italian.

But it gets a little more complicated. When using an adjective (a describing word) in Italian, you have to change the ending of the word to match the person you’re talking about. What? I hear you say. Never fear – it’s not as terrifying as it sounds. Each different subject has a matching ending that almost never changes. Let’s take the word for “mean” as an example: CATTIVO.

As you can see, the ending changes for each type of person you’re talking about. REMEMBER: if you are referring to more than one person, and that group is a mixture of men and women, then you would use the MASCULINE PLURAL.

So let’s use these in some example sentences.

But, as with every language in the world, there are a few IRREGULAR ADJECTIVES to keep an eye out for. Luckily, however, these tend to have their own rule for how they agree with different subjects – and it’s arguably easier to remember than the regular ones!!

Some adjectives end (in their singular form) in an ‘e’. What? I hear you ask again. I thought that adjectives ending in ‘e’ meant feminine plural? You’re right. But sometimes it is also the singular form for both men AND women. Huh???

It’s not as stressful as it sounds. Usually, these words are personality traits or nationalities, and simply use the same ending regardless of the subject’s gender. Let’s take the adjective DIVERTENTE (funny/fun) as an example:

And it really is that simple. When there’s more than one person, the ending changes from an ‘e’ to an ‘i’. See – that wasn’t so bad now, was it? 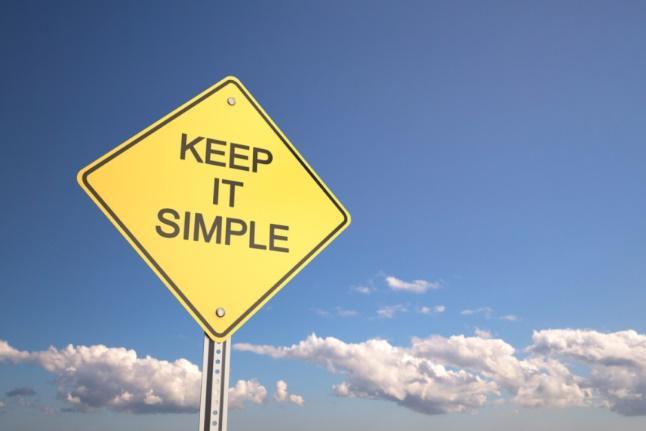 When we’re talking about jobs, it gets a little more complicated. While in English the sentence would be constructed in the same way for physical traits and for jobs, the Italian is quite different.

In English, we would say both:

He is a waiter.

HOWEVER, in Italian, two different verbs are used.

There are two main differences here between the English and the Italian.

Now that we’ve nailed the grammar side of things, let’s move on to the most important part: the vocabulary.

How to describe a person in Italian: Physical appearance

You should never judge a book by its cover. But when you’re trying to describe a person, it’s often pretty hard to bypass the way they look. Especially in our imaginary police line-up from earlier. Here’s a few lists of some of the most common adjectives describing someone’s physical appearance.

When describing someone’s hair in Italian, ‘hair’ is ALWAYS plural. This is strange to us English speakers, as our ‘hair’ is referred to as a single object. But in Italian, you would always describe someone’s CAPELLI – so remember to pluralize all your colors and descriptions!

However, you can also refer to someone as being blonde, or brunette, or ginger, just as you can in English. So make sure you specify whether the PERSON is blonde, or they have blonde HAIR. Take a look at these examples:

He is blonde -> Lui è biondo

Both of these examples are equally correct – just remember that the ADJECTIVE MUST AGREE WITH THE SUBJECT. Phew.

Similarly to someone’s hair, make sure you remember to pluralize all your descriptions of people’s eye colour. It seems simple, but it’s easy to mix up saying that John is green rather than his eyes. Unless John really is green, of course.

Even more important than someone’s physical appearance is how they are as a person: their characteristics or personal traits. Imagine now you’re in a job interview, and the interviewer asks you to describe yourself in three words. You’re almost definitely not going to get the job if you say “short, blonde and ugly” are you?

They want to know the kind of person that you are. Here’s our list of characteristics – both good and bad!

Work isn’t everything in life – but when you’re trying to explain what someone is like, it’s a pretty good place to start.

As we’ve already seen earlier in this guide, describing someone’s job can be a little more complicated than describing how they look, as the sentences are constructed differently. But we’ve gone over that.

To make matters just that little bit more complicated, the names of the jobs themselves also change in Italian to match the person you’re describing: namely, whether they’re masculine or feminine.

Usually (thankfully), this tends to follow a pattern. A good example of this would be the word for ‘waiter’ again, CAMERIERE:

As we’ve already seen, when we’re talking about a female waiter (waitress), the word ending simply changes to an ‘a’. Easy.

Unfortunately, it isn’t always that easy. And, even more unfortunately, the only way to know them is to memorise them. Sorry.

Hopefully this list will help start you off. Before you know it, you’ll be remembering them without even consulting our guide. You’ll see. We hope.

Another defining factor in someone’s personality is often their nationality. Now that the world is becoming so international, people are proud of their roots and where they’ve come from!

We’ve already spoken about the different ways adjectives of nationality can change depending on who you’re describing. So let’s take a look at some examples of different nationalities. 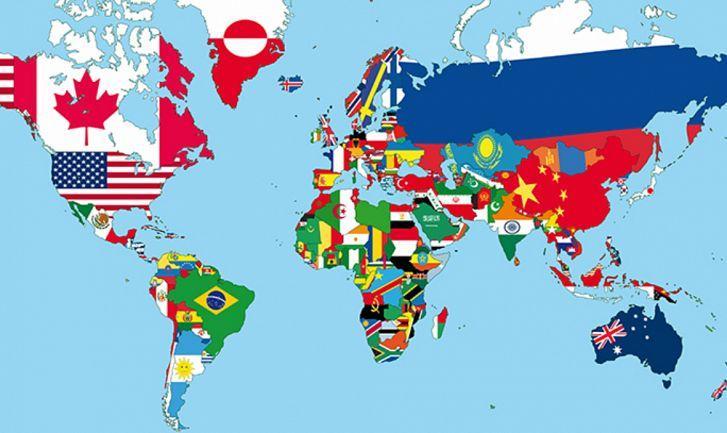 It’s time to put your descriptions to the test with some real-life examples!

We’re going to use a few well-known faces and pair them with some simple physical descriptions, characteristics, nationalities and professions, and give you also an English translation. Let’s get started!

NB: as we have unfortunately never met any of these celebrities, we’re just going to imagine their personality traits.

Chiara Ferragni is a digital influencer. She is Italian. She is blonde, with long, straight hair. She has clear blue eyes. She is tall and thin, and has lots of tattoos. Chiara is friendly and funny. 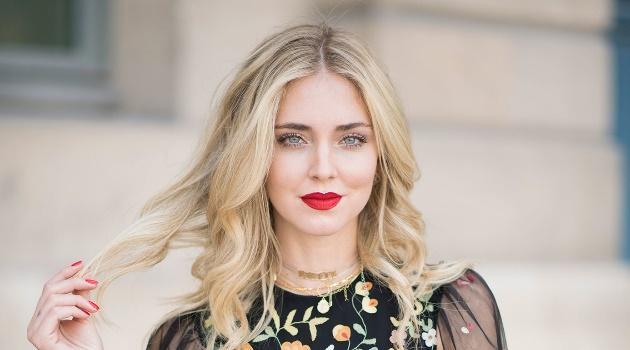 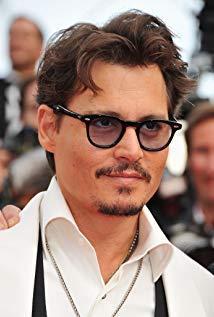 Johnny Depp is an actor. He is American. He is brunette, with quite long, wavy hair. He has brown eyes and is wearing sunglasses. He has a mustache. Johnny is serious and irritable.

Ed Sheeran is a singer. He is English. He has straight ginger hair. He is quite short, with lots of tattoos. He wears glasses and has stubble. Ed is shy but friendly. 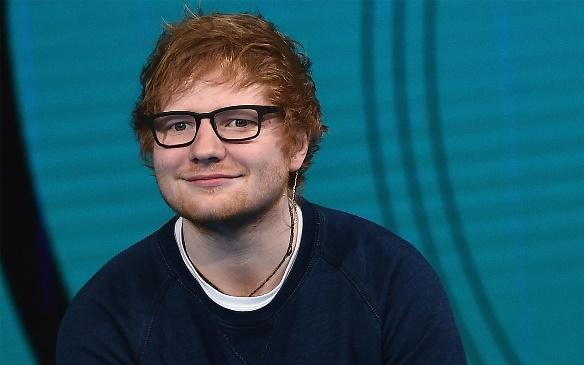 So, there you have it. Hopefully now you should be well-equipped to describe anyone you know in any situation; be it a police line-up, a job interview, or even a good old game of Guess Who.

Go off and practice for yourself next time you’re scrolling through Instagram and you see a snap of your favourite author/singer/influencer. Practice makes perfect!

About the Author Abigail Prowse

Previous Post Strange Italian Superstitions You Probably Don’t Know About Next Post How to Talk About the Past in Italian: A Guide to the Trapassato Prossimo