How to Talk About the Past in Italian: A Guide to the Passato Remoto

When you are first learning a foreign language that has different past tenses like Italian, it can be easy to get them all mixed up. In this lesson, we will show you how to use the Italian remote past tense (passato remoto), which refers to events far in the past. You will mostly come across it in written Italian.

Despite having plenty of irregular verbs, the passato remoto is nothing to fear and has a musicality that is quintessentially Italian. You’ll like it. 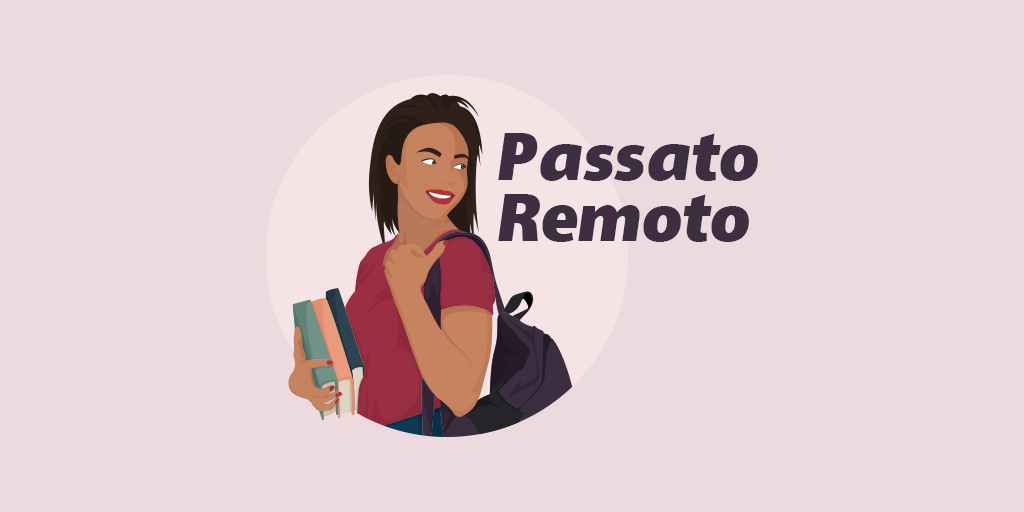 One of the four past tenses of the mood called indicativo, the passato remoto is known in English as the “past historic”. It is used to:

Translated in English as simple past, the passato remoto is widely used in formal and narrative registers. A common stylistic choice in the written language, it is mainly seen in literature, especially in novels, biographies, autobiographies, poetry, fairy tales and fictional writing.

Quando Cenerentola arrivò a palazzo, tutti rimasero a bocca aperta – When Cinderella arrived at the palace, everyone gasped in wonder

To form the remote past tense of regular verbs, remove the infinitive ending -are, -ere or -ire and replace it with the personal endings as shown below:

So, both the following sentences are correct:

They kind of roll off the tongue but are fun to say, don’t you think?

Irregular verbs in the passato remoto

There are plenty of irregular verbs in the passato remoto in Italian, which need to be learnt by heart. Just as in other verb tenses, avere (to have) and essere (to be) have irregular conjugations.

Let’s go over each:

There are a few tips and rules that can help you learn the irregular verbs in the passato remoto.

The conjugation of the verbs usually changes for the first and third person singular (io and lui/lei) and for the third person plural (loro). Some verbs, such as bere (to drink) and tenere (to keep), double the last consonant of the verb root.

Irregular verbs whose infinitive ends with -gliere, like togliere (to remove, to take off), -ndere, like scendere (to get off, to descend) and -gere or -ggere, like spargere (to spread) and leggere (to read), usually form the passato remoto by adding the ending -si to the first person singular (io).

Here are some other common irregular verbs in the passato remoto.

It is easy to see why so many people from all over the world have such deep love for Italian when you hear the sweet sound of this past tense.

Which phrases are typically used with the passato remoto?

Here is a list of marker words that are usually used with the remote past tense in Italian:

Unlike in English, in Italian there are several different versions of the past tense. When you approach them, it is crucial to distinguish between the contexts where you have to use one or the other in order to be able to express different concepts.

The passato remoto refers to events far in the past.

In English, you do not distinguish at all between recent or remote past events, as there is no separate past tense.

That’s a complex question. There is actually not a specific time limit at which the passato remoto kicks in. The distinction depends on the meaning you want to convey.

If the event you are describing happened in the distant past and all its effects are finished, you use the remote past tense.

If the event you are talking about happened in the past but still has an impact on the present, then you use the passato prossimo in Italian.

The passato remoto emphasizes that the action is finished and far from the present. Using it might mean you intend to convey a sense of distance between the fact you are referring to and the present.

On the contrary, if you use the passato prossimo you express a certain degree of involvement in what you are talking about.

The above conveys the idea that Mauro and Patrizia are still married.

This sentence conveys the idea that they are no longer married.

In the spoken language the remote past tense has been widely replaced by the passato prossimo. In colloquial speech, most native Italian speakers prefer to use the passato prossimo in most cases, even when talking about events that happened a long time ago.

Northern Italians tend to use almost exclusively the passato prossimo, even to refer to historical facts.

The passato remoto is becoming obsolete but it is still spoken pretty widely in Tuscany and in some areas of Italy’s South.

The above may sound perfectly OK to someone in Sicily, Campania, Apulia, Basilicata and Calabria, but it would sound awkward from someone in the North.

Because of its difficulty and limited utility in speaking, many English speakers who decide to learn Italian skip the passato remoto entirely. Don’t do it, please. The remote past tense is still well worth learning, at least to recognize it in case it comes up, especially if you enjoy reading and writing in Italian.

Practice as much as you can until you get the hang of this lovely Italian tense.