10 Most Beautiful Italian Words with No English Equivalent

Italian is one of the world’s most beautiful and musical languages. Below is a list of ten beautiful Italian words, most of which don’t have a direct match in English. If you are planning a trip to Italy, you need to become familiar with them. 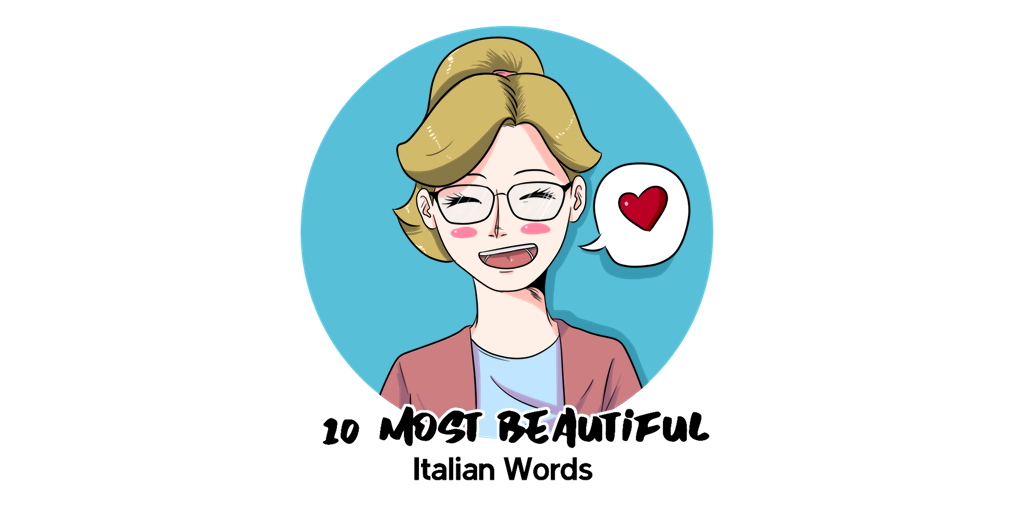 Meaning: couch potato, someone who loves sitting around all day.

There are people who love jumping out of bed before sunrise, putting on their training shoes and kicking off their day with a pre-work workout.

Many others, though, might choose to roll out of bed at a more leisurely hour, and then the only type of footwear they would ever choose to don would be a pair of ultra-comfortable, fluffy slippers. People who are so lazy that they would just spend all day loafing around at home in sweatpants or pajamas are known as pantofolai in Italian, which literally means “people wearing slippers”.

A pantofolaio/a prefers the comfort of their home to the fast life of parties. It has its equivalent in the English expression “couch potato”, but it is not limited to sitting on the couch with the remote control in your hand.

The term pantofolaio describes someone who is more than happy to lounge about in their slippers all day at home reading, watching TV and surfing the internet, rarely venturing further than the kitchen to grab a snack. We’ve all been there one time or another, but the pantofolaio takes it to the extreme.

Meaning: an (elderly) lady that cares for stray cats.

In English, “old cat lady” is used to refer to an elderly woman who, either by choice or misfortune, has a ton of felines. Italians give this concept an actual word: gattàra.

It comes from the word gatto, which means cat. The term gattara describes a middle-aged or elderly woman, who usually lives alone and not only owns many pet cats, but also devotes most of her time, energy and money to caring for, feeding and looking after stray cats in the neighborhood. We all know at least one.

The term originated in Rome. The archaeological area in Largo di Torre Argentina, just five minutes from the Pantheon, is home to Rome’s largest colony of stray cats. You’ll find loads of gattare there. Cats are safe there, get food and medical care. There’s even a specific part where kittens and homeless cats needing special care are looked after.

Meaning: the drowsiness that follows eating a full Italian meal.

Have you ever felt rather drowsy after a nice, big meal? Well, when you succumb to that inviting, delicious drowsiness, you have what Italians call “abbiocco”, one of those untranslatable words that simply don’t exist in English. It comes from the position of a hen hatching its eggs.

In English there’s “food coma”, but it’s way too strong. Abbiocco is much more gentle. It’s the sleepy feeling you get after eating a large meal, when your eyes slowly begin to shut, and your head starts bobbing forward.

Dopo cena mi è venuto l’abbiocco – After dinner I got so drowsy.

Meaning: someone who is indifferent, apathetic, and just doesn’t care.

Italian has a special word reserved for those people who just don’t seem to care about anything in particular, especially about social or political themes. It is menefreghista, which means “someone that doesn’t care”. Literally: “I-don’t-care-ist”.

It comes from the expression “non me ne frega niente”, which, as you probably know, means “I don’t care about that at all”, but with a harder, uglier feel to the phrase. Menefreghista carries a negative connotation in Italian, and is not a synonym for “carefree”, “careless” or someone who lives free of worries and concern. It is often used to insult people.

Meaning: I don’t know, no clue, who knows?

A key expression of current Italian, boh is the most wonderful word of all. It’s not even a word, actually. It’s an onomatopoeic expression that conveys uncertainty, doubt or even indifference.

Usually accompanied by a furrowed brow and a raise of the shoulders, boh has various nuances, which wander aimlessly between “non ne ho idea” (I have no idea), “chi lo sa?” (who knows?) and “non lo so” (I don’t know). It is a quick way of saying you have no clue.

Boh is a sentence of its own, and also conveys the hidden messages of “I don’t really care that I don’t know”. The lack of effort required to say this simple and short word pairs well with its meaning.

We basically use it to wave off a question we don’t want to answer, or when we have no idea what the other person is talking about.

Similar expressions are “mah” and “bah”, both of which convey an idea of uncertainty and indifference. The only difference is that boh is usually a response to a question, while mah and bah are used to open a sentence.

Meaning: Maybe, perhaps, probably, possibly, if only, I wish.

Magari is a real multi-purpose word with many uses, meanings and nuances. It roughly translates to “maybe”, “perhaps” or “probably” in English, but there is a lot more behind the intonation.

Magari can mean “I wish”. For example:

Magari fosse così – I wish it was like that.

Magari is often used as a reply to questions that deserve more than an affirmative answer, to express the idea of hopefulness and longing. It implies that you’d like something to happen but you are not sure it will, so you wish or yearn for it.

Vuoi venire al mare con me, Giovanni? Magari! – Giovanni, would you like to come to the beach with me? I wish to do it!

Magari can also be used to express regret for something. See the example below:

Hai avuto un aumento di stipendio? Magari! – Did you get a pay raise? If only had!

It derives from the ancient Greek word “makários”, which means “supremely blessed, fortunate”. In fact, Greeks use the world “makari” to express that they hope something will happen.

I say and hear “eh” thrown into conversation on a daily basis. It’s not so much a word as it is a short and flat sound, but it’s still important to understand nonetheless.

You’ll hear “eh” used in a variety of contexts. You can use it on its own in response to something, to show that you understand and agree with what is being said.

You can also use it in a joking way to express that you don’t believe someone. In this case, the sound is more elongated and the intonation a little bit higher.

Apericena is a new word that made its way into the dictionary in the second half of the 2010s. It is the combination of two words you probably already know:

Marry the two and the result is apericena, a buffet-like, finger-food meal, a lot like Spanish tapas. This trend originated in Milan in the 2000s.

The famous Italian ritual of aperitivo is a pre-dinner drink consumed in the late afternoon, between 6:00pm and 7:30pm, which is usually accompanied by light snacks, included in the drink price.

Whereas an aperitivo precludes a meal, an apericena is a light dinner that you eat standing up. It takes place at dinner time, and usually consists of an unlimited buffet, where you can fill your plate over and over again with different types of pizzas, pastas, cheeses, salads, olives, meats, grilled vegetables and various fried delicacies. Yummy!

It’s not the same thing as happy hour. The food is a long way from a dish of stale happy-hour peanuts. Apericena is a very handy way of having a light (and cheap) dinner when you are not particularly hungry. Many bars in Italy offer apericena free of charge, in the hope you will order more than one cocktail. If you’ve never had an Italian apericena, give it a try!

After the word apericena came into use, creating new aperi-something combinations has become trendy. The list now includes aperipizza, aperipranzo and aperivegan, with vegan snacks.

Meaning: The annoying mark left on a wooden surface by a glass or cup.

The word culaccino is used to describe the round mark left on the table by an ice-filled, wet glass or a hot cup. It derives from “culo” (bum). The ring left is perfectly round, in the shape of the bottom of the glass or cup.

In English, there is no one-word translation for culaccino, which is also used to describe the end of a loaf of bread, or the dregs in the glass or cup itself.

Meaning: my goodness!, oh my God!

Yes, we really do use this classic Italian exclamation a lot in everyday conversation. The literal translation is “my mom!”, but it’s used with the meaning of “my goodness!” or “oh my God!”.

It goes everywhere. It is used to express not only surprise, as “oh my God!”, but virtually anything, from joy, exasperation and fear to excitement, awe and disgust. Really, any occasion is good to yell mamma mia!.

There you have it! Do you have a favorite Italian word you would like us to feature? Write it down in the comments section!