Child-Friendly Italian Movies to Watch with the Whole Family

Watching movies, cartoons and TV shows in Italian can be a great way to expose yourself to the language, improve your conversational grammar and catch on to colloquialisms that grammar books wouldn’t teach you.

We’ve rounded up cool family movies for everyone, including classics, cartoons and kids’ movies from the ‘90s. Grab a hefty bowl of popcorn, then, and start watching! 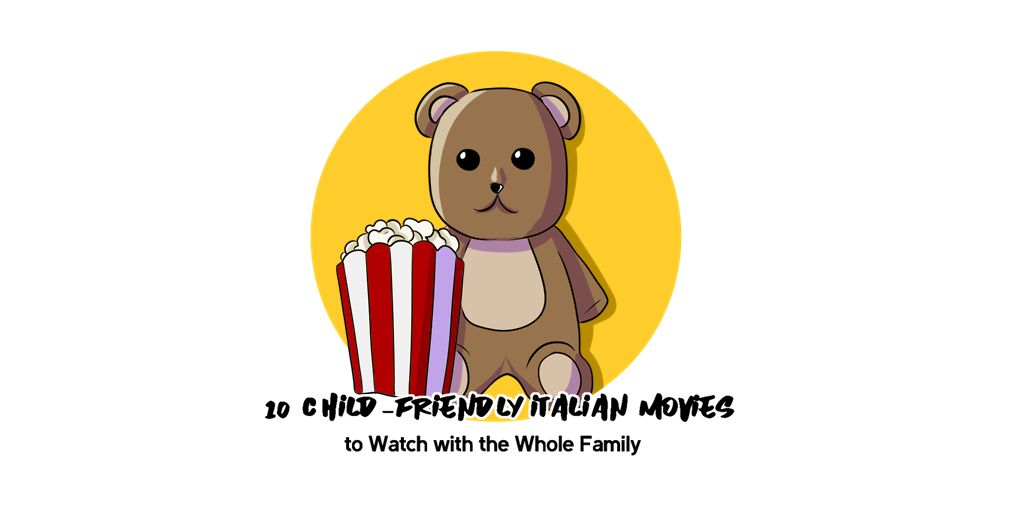 Before diving straight into native Italian films, watching the Italian dubbed version of movies that you are already familiar with in English can be a very, very good idea.

Italy has a strong tradition in film dubbing. Italian voice actors are brilliant, and Italian dubbing is considered one of the best in the industry. Not just a translation, it is a real performance that beautifully matches the acting of the original movie. Dubbing of foreign movies started on the tail end of the Second World War and quickly became standard practice in Italy. Everything has been dubbed, from TV series and award-winning movies to cartoons and cheesy rom-coms.

At least in the beginning, watching a movie you love with Italian dubbing is the way to go. From Home Alone (Mamma, ho perso l’aereo), The Goonies (I Goonies), The Neverending Story (La storia infinita), Mary Poppins and E.T. the Extra-Terrestrial (E.T. l’extra-terrestre) to Jumanji, Mrs. Doubtfire, The Karate Kid (Per vincere domani - The Karate Kid), Casper and The Sound of Music (Tutti insieme appassionatamente), plenty of family movies are available to stream on Netflix, YouTube and Google Play with Italian audio.

Services such as Netflix play host to a myriad of foreign-language films and TV shows, Here is a list of Italian family movies, comedies and cartoons that children and adults alike can enjoy. 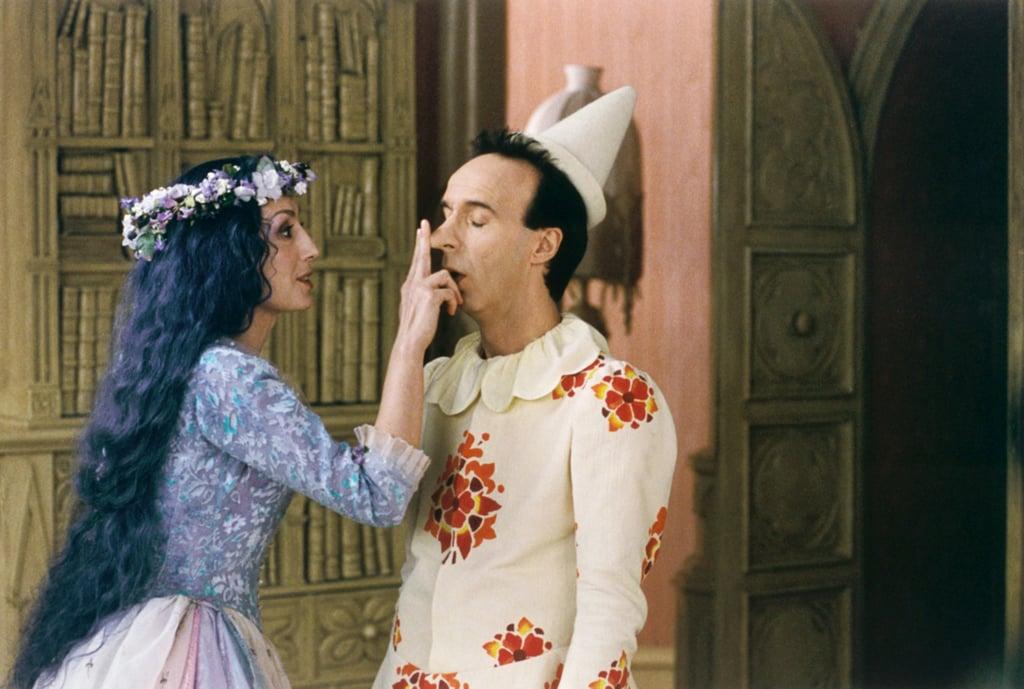 Pinocchio is a comedy-drama movie directed by and starring Tuscan actor and screenwriter Roberto Benigni. It is a remake of the classic children’s tale The Adventures of Pinocchio by Italian author Carlo Collodi.

Roberto Benigni plays Pinocchio, a little wooden puppet who desperately wants to become a real boy. Despite the guidance of the beautiful Fata Turchina (The Fairy with Turquoise Hair, played by Nicoletta Braschi, Benigni’s real-life wife) and the love from his “babbo” (dad), the naïvely willful marionette’s curiosity leads him to get into trouble over and over again. 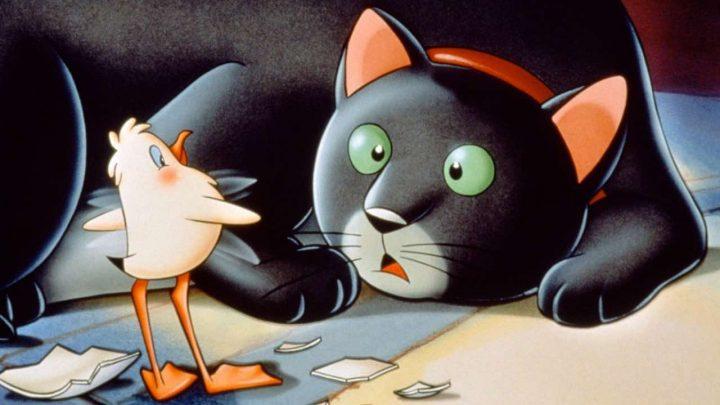 La gabbianella e il gatto, which can be literally translated as The little seagull and the cat, is a famous animation movie directed by Italian animator and director Enzo D’Alò. It came out in 1998 and is based on a story by the popular Chilean writer Luis Sepúlveda, who recently died of COVID-19.

It tells the story of a dying seagull named Kengah, who entrusts her egg to a black cat named Zorba (voice of Carlo Verdone). The cat promises that he will protect the egg, take care of it until it hatches and teach the baby seagull to fly once she’s born. 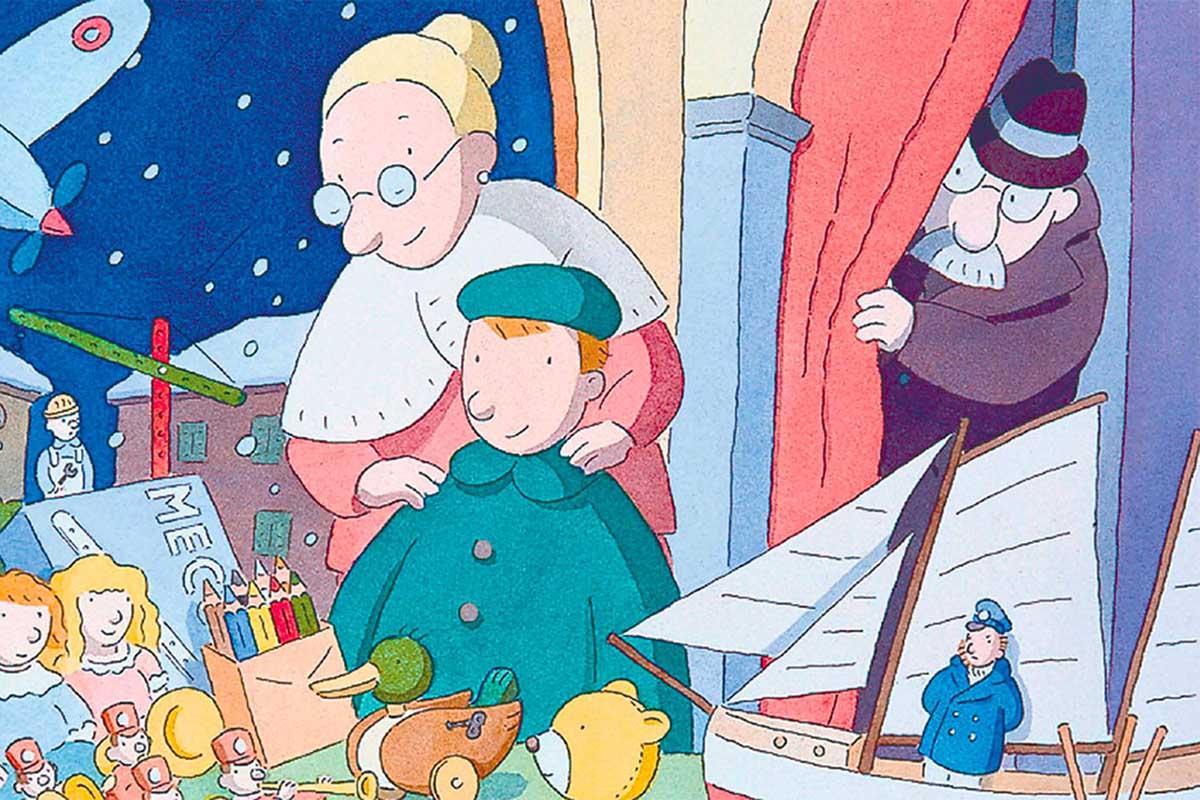 Based on a children’s story by Italian writer Gianni Rodari, La freccia azzurra (literally, the blue arrow) is a delightful animated film directed, again, by Naples-bred Enzo D’Alò. It came out in 1996 and was later imported to the USA and released under the title How the Toys Saved Christmas.

It tells the story of a group of toys, who band together and take matters into their own hands when Befana (voice of Lella Costa) falls ill and turns her toy delivery duties over to Scarafoni (voice of Nobel Prize-winning Italian playwright and actor Dario Fo). When the toys discover Scarafoni’s plans to auction them off to the highest bidder, they decide to reach their intended homes on their own. 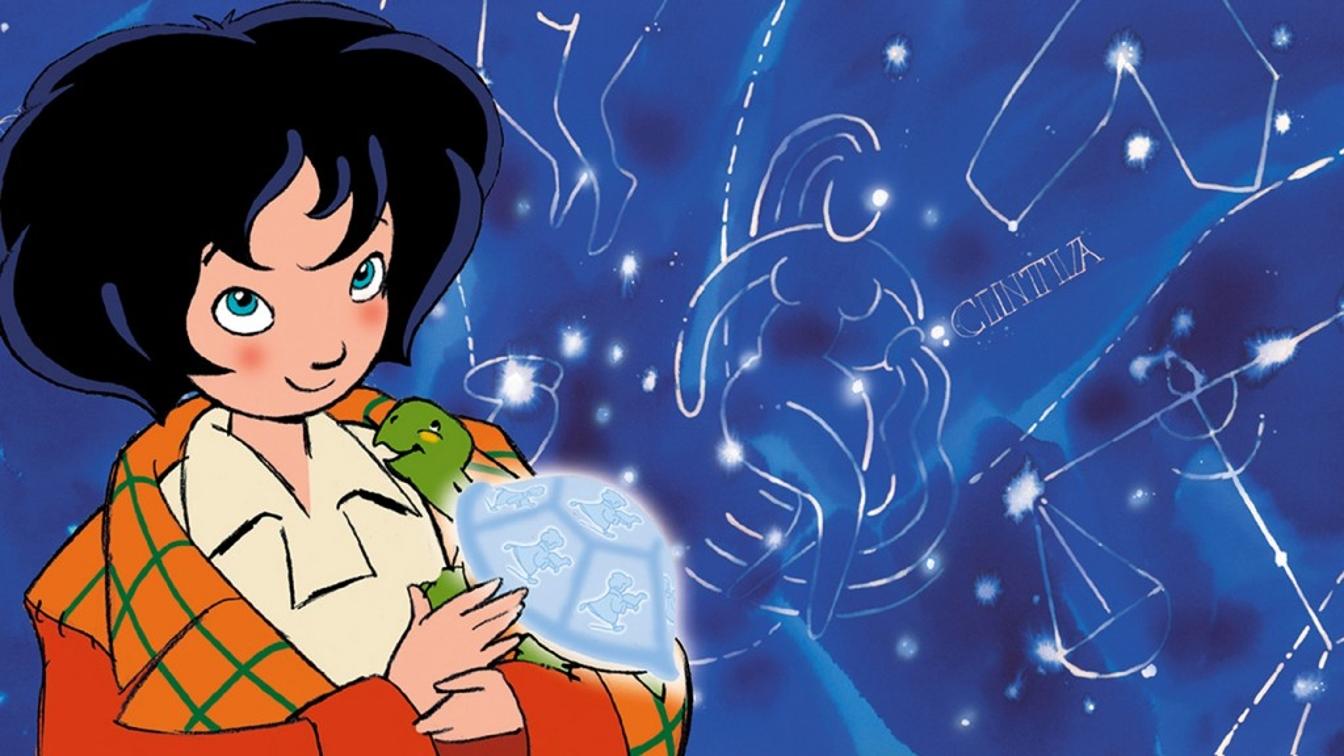 Directed by animation helmer Enzo D’Alò, Momo alla conquista del tempo (Momo, the Conquest of Time in English) is an animation film based on a fantasy novel by the popular German writer Michael Ende, best known as the author of The Neverending Story. The film features a stunning soundtrack sung by Tuscan singer-songwriter Gianna Nannini, for which it won a Nastro d’Argento (Silver Ribbon), a very important Italian film award.

It tells the story of a little orphan girl named Momo, who wants to save the world from the evil clutches of the Grey Men. Led by Chief Grey Man (voice of Italian actor Giancarlo Giannini), the Grey Men are stealing people’s leisure time. 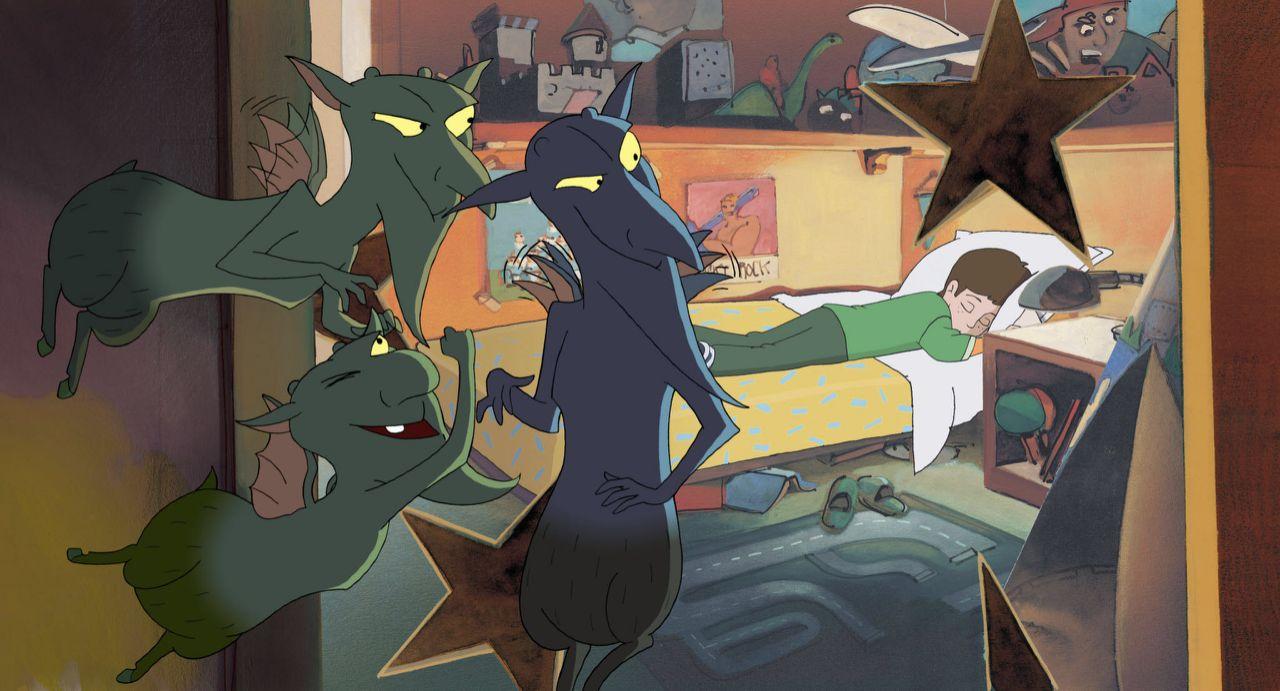 Opopomoz is a bizarre and unusual Christmas story directed, again, by Enzo D’Alò. As you might have guessed, he is one of the most acclaimed Italian animation directors.

Set in Naples on Christmas Eve, Opopomoz came out in 2003 and starts in the underworld, where Satan is planning to prevent the birth of Jesus and destroy Christmas. He sends three little devils called Astarotte, Farfaricchio and Scarapino to Naples to convince a human being to say the magic word "Opopomoz” and stop Mary and Joseph from arriving in Bethlehem. They choose a little child called Rocco, who is jealous for the imminent birth of his little brother Franceschiello. 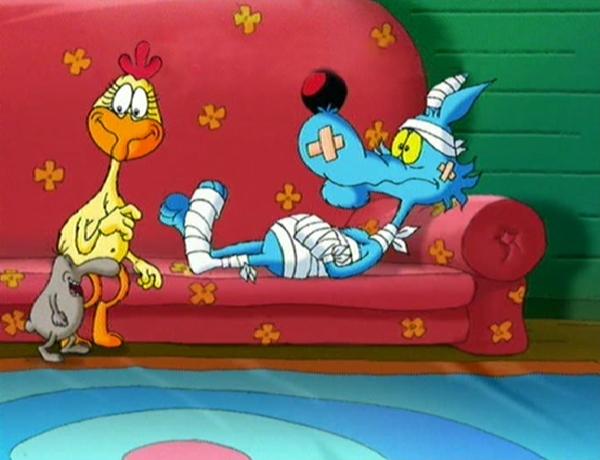 Lupo Alberto (Alberto the Wolf in English) is a well-known Italian comic book series created in the 70s by the talented comic book artist Guido Silvestri, known by his pen name Silver. Based on the homonymous comic book, Lupo Alberto is an animated series aired in Italy in the late 90s.

It centers around a witty and sarcastic blue wolf named Alberto, who lives in the woods near the McKenzie farm. He has a relationship with an eccentric hen named Marta, but Mosè, a bully guard dog, is constantly trying to mess things up. Many other funny characters live in the McKenzie farm, including Marta’s cousin Odoardo, Enrico, a goofy mole, and his wife Cesira, a family of blue rabbits, a pig called Alcide and a bad-tempered bull named Krug. 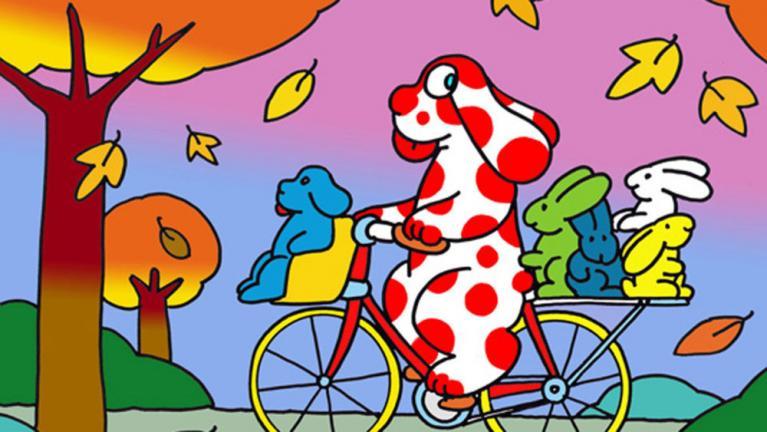 From flying on an airplane to exploring the space, each and every episode is an adventure in which you will learn new vocabulary. You can find full episodes on YouTube.

With these Italian family movies and cartoons, you will be able to keep yourself entertained while learning at the same time. Grab some popcorn, then, and immerse yourself in the language right from your living room.