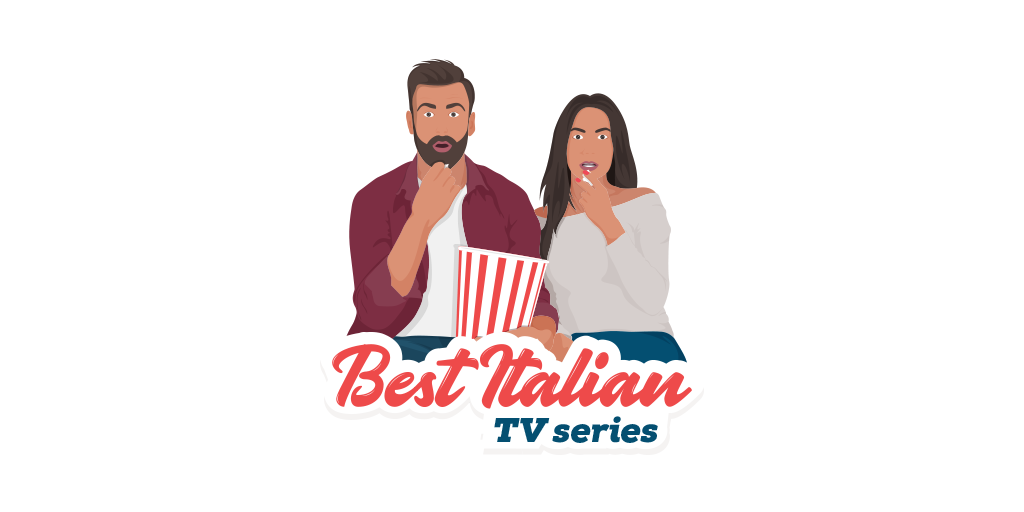 If you’re learning Italian and would love to relax in front of the TV, you’re in luck because here we’ve listed down ten good Italian TV shows and series for you to watch.

It’s the perfect excuse to take a lazy day and binge-watch some Italian shows. After all, it’s a great way to train your ear to listen to Italian pronunciation as well as learn some new vocabulary!

So time to stretch those legs and take a rest for a while. These Italian TV shows will keep you good company!

First on the list is the highly-rated mystery-crime-drama series Rocco Schiavone. The titular character is a deputy chief of police in Rome who was transferred to Aosta, a remote region in the Alps, for disciplinary reasons.

Cranky, foul-mouthed and prone to do acts that are borderline illegal, he still mourns the loss of his wife who somehow appears in his hallucinations. But there’s one thing he’s really good at--solving crimes!

Rocco Schiavone is based on a series of books by Antonio Manzini.

Romanzo criminale - La Serie (or Criminal Novel -- the series), was based on the novels of the same name by Giancarlo De Cataldo, a criminal court judge in Rome and author of bestselling Italian novels.

The story is about a group of criminals who for almost fifteen years dreamed of conquering an uncontrollable Rome. It is inspired by the true story of the Magliana gang.This series quickly achieved cult status in Italy and also received rave reviews outside of Italy.

Known in Netflix by its official name, Suburra: Blood on Rome, this series follows a fight over the construction of the tourist port of Rome in the district of Ostia. The conflict involves politicians, members of organized crime, gangs, ordinary people, and even the Church.

Suburra is the first original Italian-language series produced by Netflix.

This reality series follows the events on and off the court of renowned football team Juventus in their attempts to win the 7th straight Italian championship title during the 2017-2018 season.

If you’re a fan of this kind of shows, then Ultimate Beastmaster Italia will be a good addition to your must-watch Italian TV shows.

Fancy something that would tickle your funny bone? This Italian sitcom is based on the original French format, Caméra Café.

Set entirely in front of a coffee machine in an office’s common area, each episode tells the funny stories of some employees and managers, both work-related and personal. Each character has a distinct stereotypical role, with the main protagonists played by the comic duo, Paolo and Luca.

Welcome to Casal di Principe, the 80's underworld kingdom of Antonio Bardellino who after being in the cement business, moves into the booming cocaine market. This series is loosely based on the history of Italy’s Casalesi Clan, one of the most powerful and ruthless criminal organizations in the world.

If you’re in the mood for some political drama, this one fits the bill nicely. 1992 marks a major turning point in the history of Italy. It is a controversial period that resulted in the suicide of some Italian political figures.

This series follows six people whose lives are intertwined with the political events fast unfolding in the cities of Rome and Milan.

Another crime drama on this list, this series which is considered as among the very best TV shows made in Italy,  is about the so called “camorristas” or drug dealers in the Naples suburbs. It centers on the crime organization led by Pietro Savastano and told through the perspective of his right-hand man, Ciro Di Marzio.

Based on the book of the same name, the series is also created and produced by the book’s author, Roberto Saviano.

So we have a bunch of crime dramas based on books, mafia-based shows, a comedy, and some reality shows. We’ve pretty much scoured some of the best shows that Italian TV has to offer. We hope you enjoyed reading our selection. Did we miss anything? Feel free to leave a comment!